Nicolas Cage and Selma Blair star in this pitch-black horror-comedy about a worldwide mass hysteria where, for 24 brutal hours, parents turn violently against their own children.
Watch Trailer 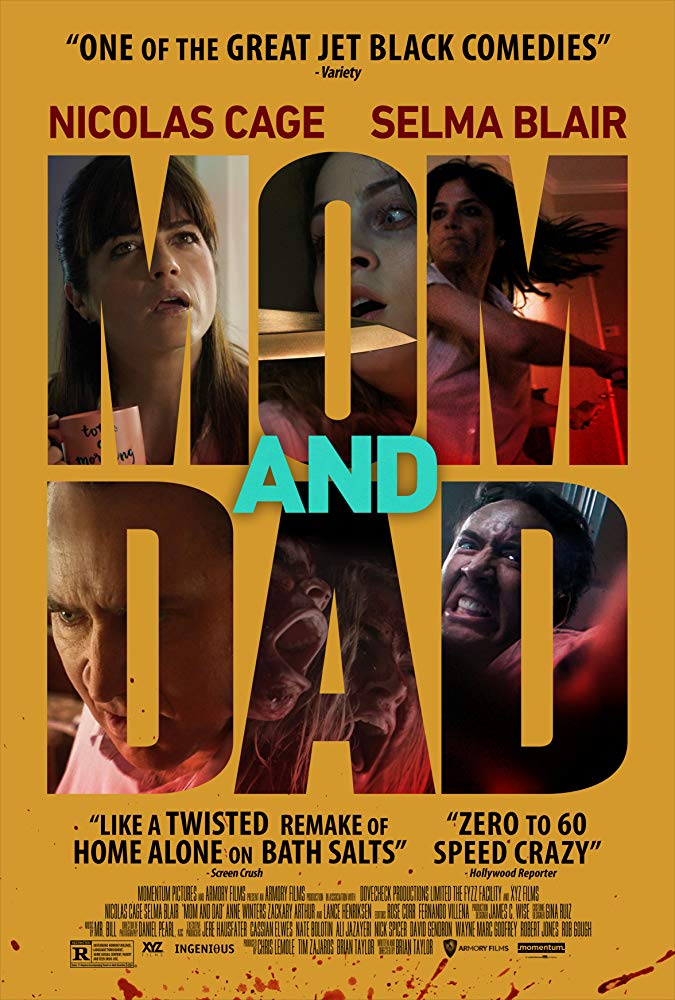 Each year since the first MdFF in 1999, Baltimore’s greatest cultural asset, the legendary artist and filmmaker John Waters, selects a film that he adores—and feels hasn’t yet received the attention or accolades it deserves—to share with Baltimore’s cinemaniacs. Anyone who attended the sold-out 2017 screening of Roar at our first annual Festival in the newly rehabilitated Parkway Theatre, or last year’s bracing I, Olga Hepnarová knows exactly how special watching a film get the Waters treatment can be. An astute film critic with a wicked sense of humor, Waters’ keen observations on the films he selects and the filmmakers behind them create an unforgettable evening of movie mayhem.

Mr. Waters’ 2019 pick is truly off the chain. In Brian Taylor’s Mom And Dad, a mysterious wave of filicide is touched off by a rogue TV signal being broadcast into the homes of unsuspecting families. These murder-inducing waves set off an episode of intergenerational havoc previously unseen on the silver screen. Nicolas Cage delivers an over-the-top performance on par with his unhinged turns in Bad Lieutenant: Port of Call New Orleans and last year’s mind-melting Mandy, as a father-turned-flayer who goes nutzoid in his suburban McMansion. Cage finds his suddenly-psychotic life partner in a truly deranged and wonderfully nuanced performance by actress Selma Blair, who brings literal meaning to the classic quote, “Mothers hold their children's hands for a short while, but their hearts forever.” It’s just that this mother is willing to use a sawzall to get to them.

Like a zombie apocalypse limited to the confines of the nuclear family, Mom and Dad is the kind of bonkers horror, black comedy madness that comes along once in a blood moon. It’s also exactly the kind of perverse cult film that Baltimore’s adventurous motion picture patrons can’t seem to resist. Who but the great John Waters could help us appreciate it to its fullest? Join us for MdFF’s most prized annual tradition, and let Baltimore’s own Pope of Trash take you on a cinematic journey to the dark side of parenting you won’t soon forget. (Scott Braid)