Jingle All the Way

A father vows to get his son a Turbo Man action figure for Christmas. However, every store is sold out of them, and he must travel all over town and compete with everybody else in order to find one. 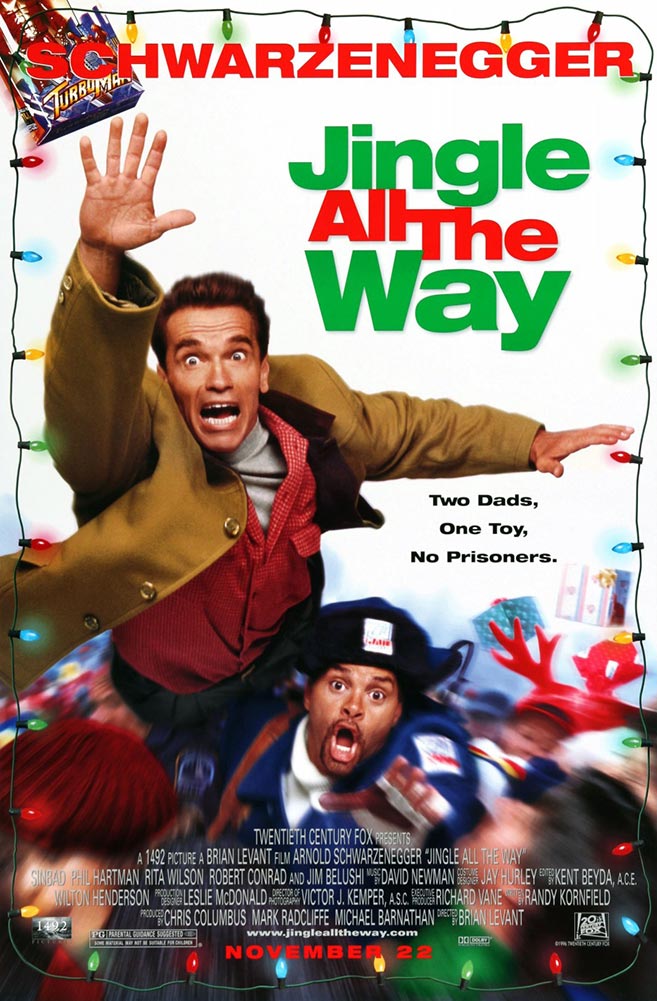 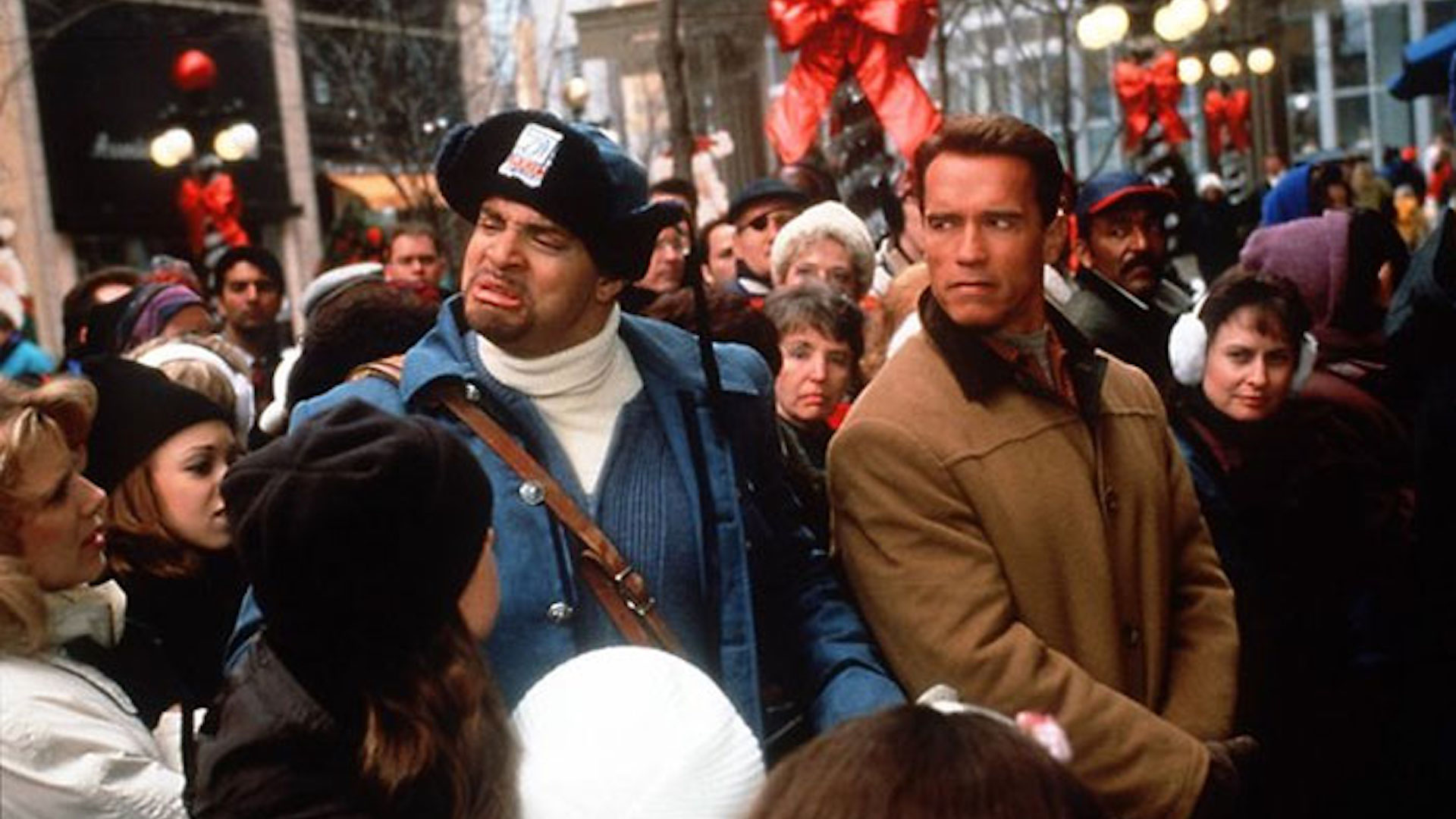 Arnold Schwarzenegger battles the Christmas rush in this high-decibel comedy of violence for those who like seeing reindeer punched out and department stores wrecked by rampaging mobs. After promising his young son that Santa will get him the number one item on the boy's wish list, a well-meaning workaholic father's Christmas Eve turns into a hilariously nightmarish, madcap scramble across the city to find the much sought-after and therefore virtually impossible-to-find toy.