Twenty-seven years after their first encounter with the terrifying Pennywise, the Losers Club have grown up and moved away, until a devastating phone call brings them back. 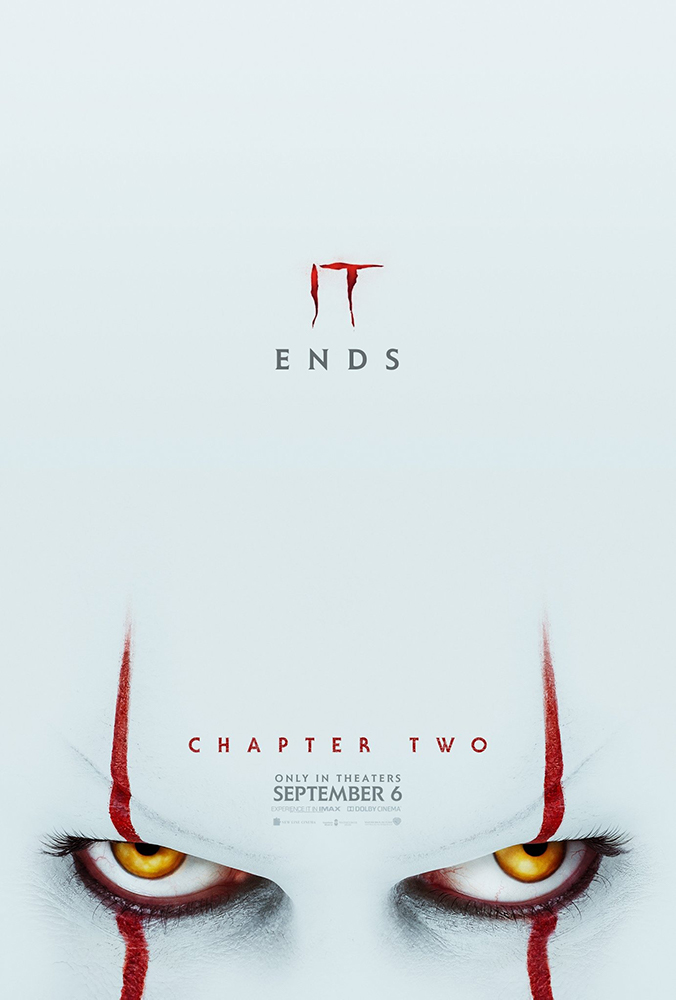 Set 27 years after the original, a new cast was recruited to portray the grown-up-children who took on Pennywise in 1988. Check out the side by side photos of the children of Chapter 1 with the adults of Chapter 2.

Is the film horrifying? Inspiring? Maybe both? Check out Vanity Fair’s article: The Unlikely, Uplifting Message of It: Chapter 2.

Evil resurfaces in Derry as director Andy Muschietti reunites the Losers Club in a return to where it all began with It Chapter Two, the conclusion to the highest-grossing horror film of all time.

Twenty-seven years after the Losers Club defeated Pennywise, he has returned to terrorize the town of Derry once more. Now adults, the Losers have long since gone their separate ways. However, people are disappearing again, so Mike, the only one of the group to remain in their hometown, calls the others home. Damaged by the experiences of their past, they must each conquer their deepest fears to destroy Pennywise once and for all… putting them directly in the path of the shape-shifting clown that has become deadlier than ever.

The film is Muschietti’s follow-up to 2017’s critically acclaimed and massive global box office hit It, which grossed more than $700 million worldwide. Both redefining and transcending the genre, It became part of the cultural zeitgeist.

“Solid, extremely well-crafted, great-looking and occasionally quite chilling… This is a movie with enough scare power to tap you on your subconscious just before you fall asleep tonight.”
— Richard Roeper, Chicago Sun-Times

“It Chapter Two refocuses its telling of King’s 1,100-plus-page bestseller into not just a scary clown movie — which it also is, thanks to Bill Skarsgård’s demented return as the trans-dimensional titular monster — but an elegy of memory, trauma and healing.”
— Jen Yamato, Los Angeles Times

“It: Chapter Two brings it all home with a remarkable third act that provides one of the most relatable, moving, and emotionally satisfying conclusions.”
— Griffin Schiller, The Playlist