A boy is a cat; adults are toddlers; smartphones fear losing control; visions of the future; psychedelic music videos; a morphing god of chaos; the love story of a girl and her boat. Ages 12+

A boy who is told he’s a cat, smartphones afraid of losing control, hilarious visions of the future, psychedelic music videos, a morphing god of chaos, a love story between a girl and her boat, and adults who act like toddlers. This program of international short animation is bound to tickle your funny bone, tug at your heart strings, and visually knock your socks off. Not rated, but appropriate for viewers age 12 and up. 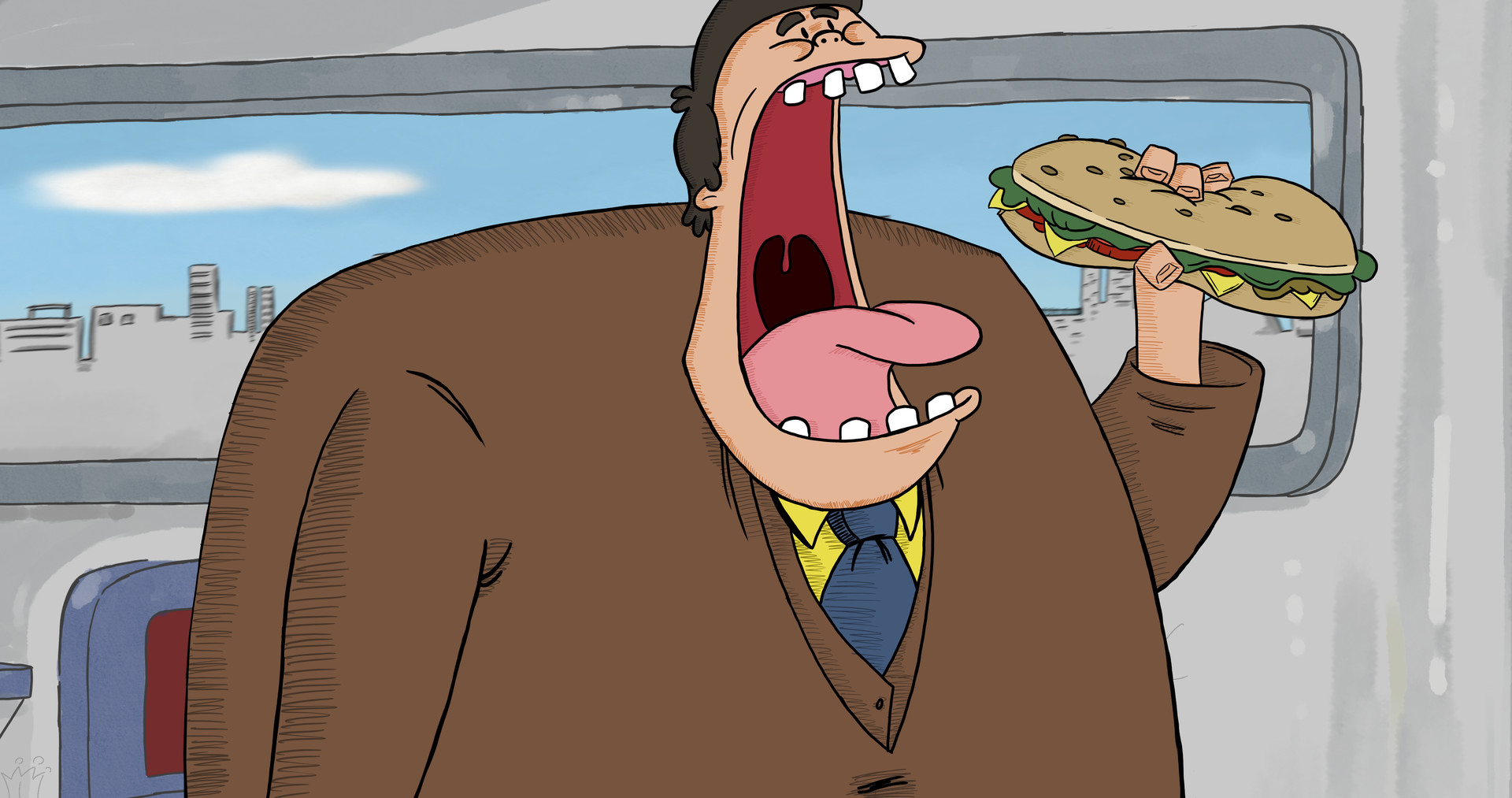 Next Stop
Brad Gibson – 2:06 - Canada
A hungry train passenger unintentionally disrupts everyone's commute. All walks of life are joined together in a gag filled series of stops and starts on route to their destination. 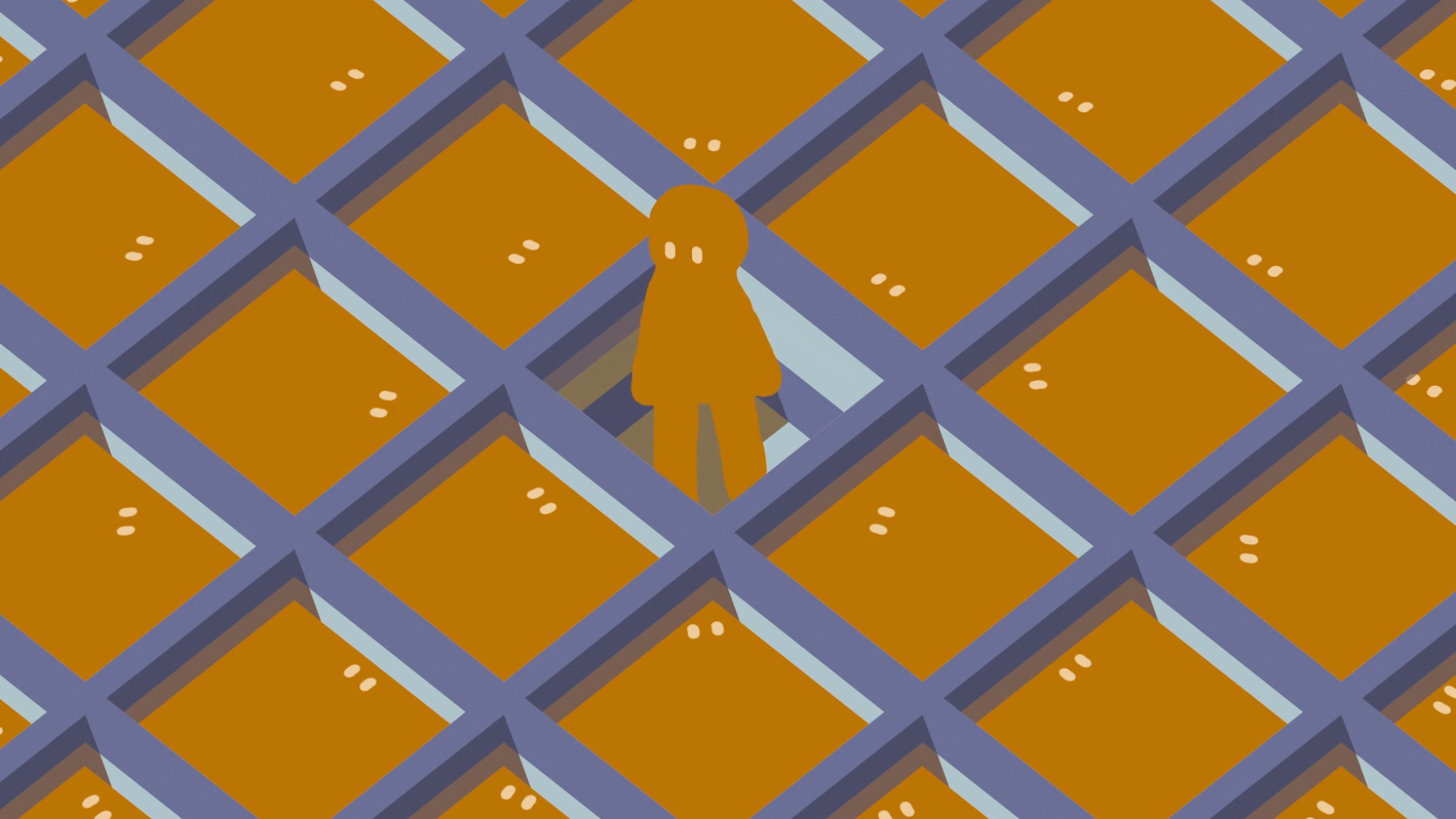 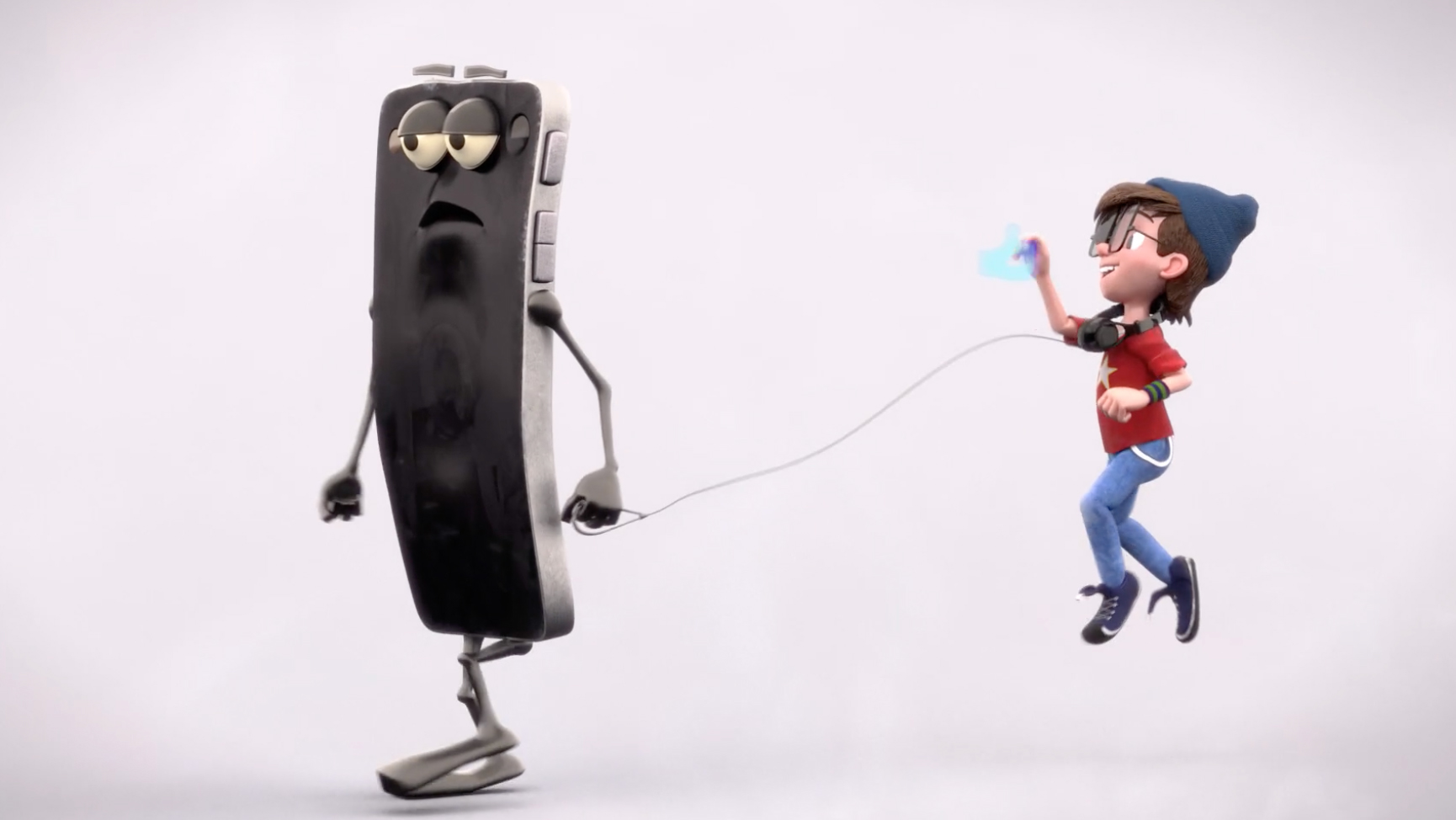 Like and Follow
Tobias Schlage & Brent Forrest – 2:05 – Japan / Canada / Germany
When a kid starts spending time in the real world, it's up to his smartphone to bring his attention back to where it belongs. 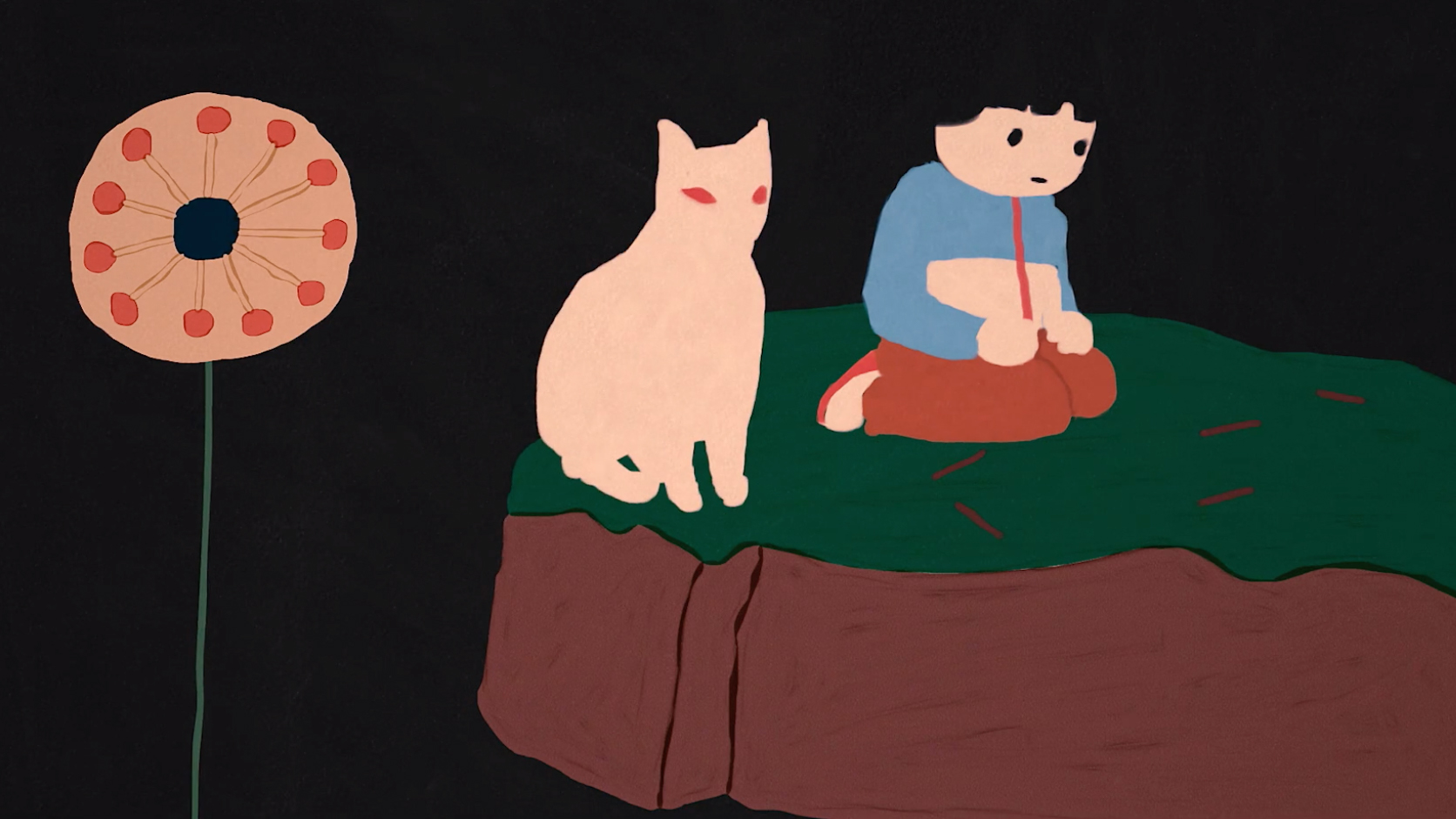 Cat Days
Jon Frickey – 11:09 – Germany / Japan
Jiro, a little boy, feels sick. His father takes him to the doctor's. She diagnoses a harmless condition, but it shakes the core of the boy's identity. 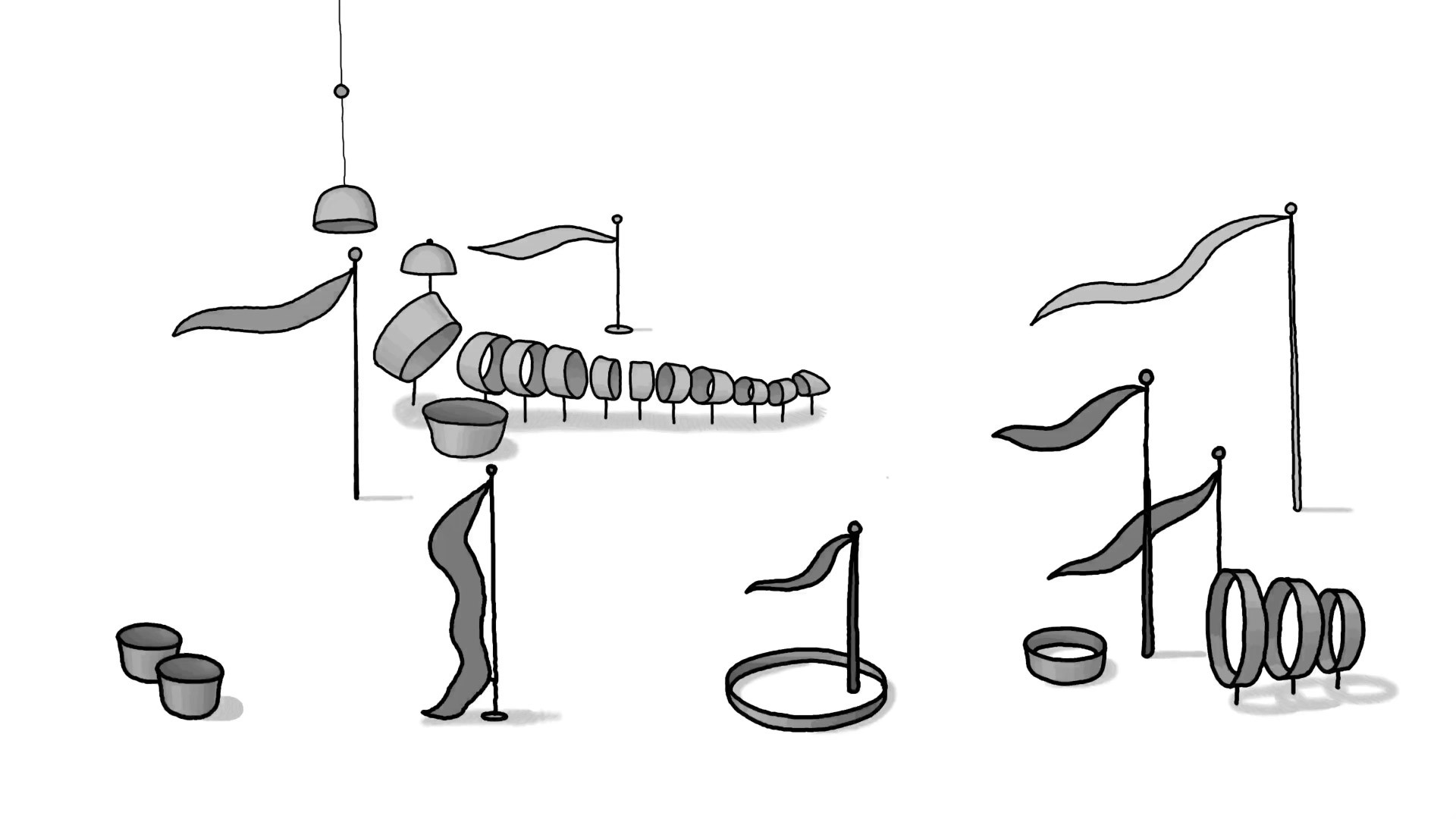 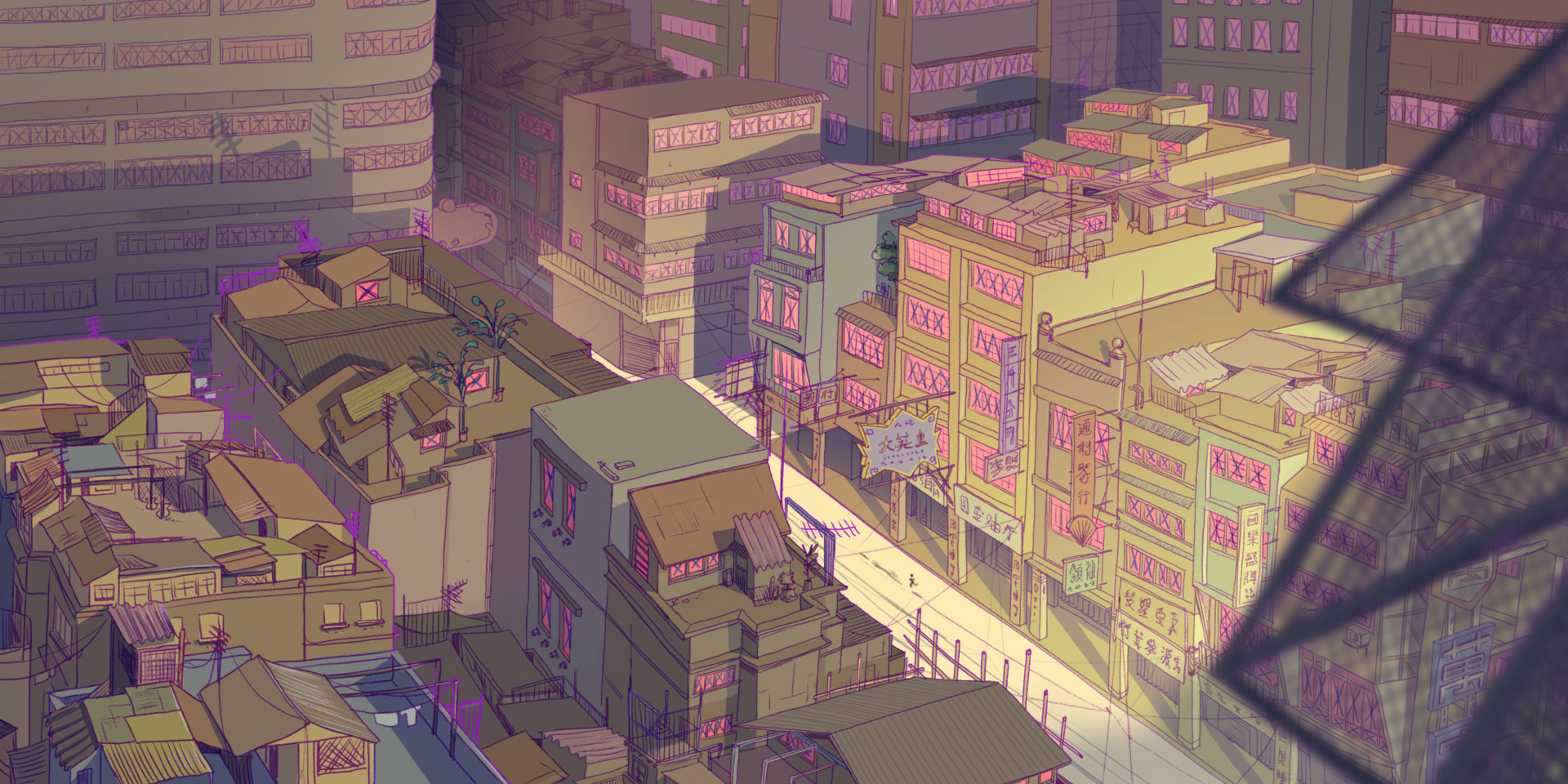 In Passing
Esther Cheung – 4:08 - Canada
A portrait of seventies Hong Kong as my parents remember it. 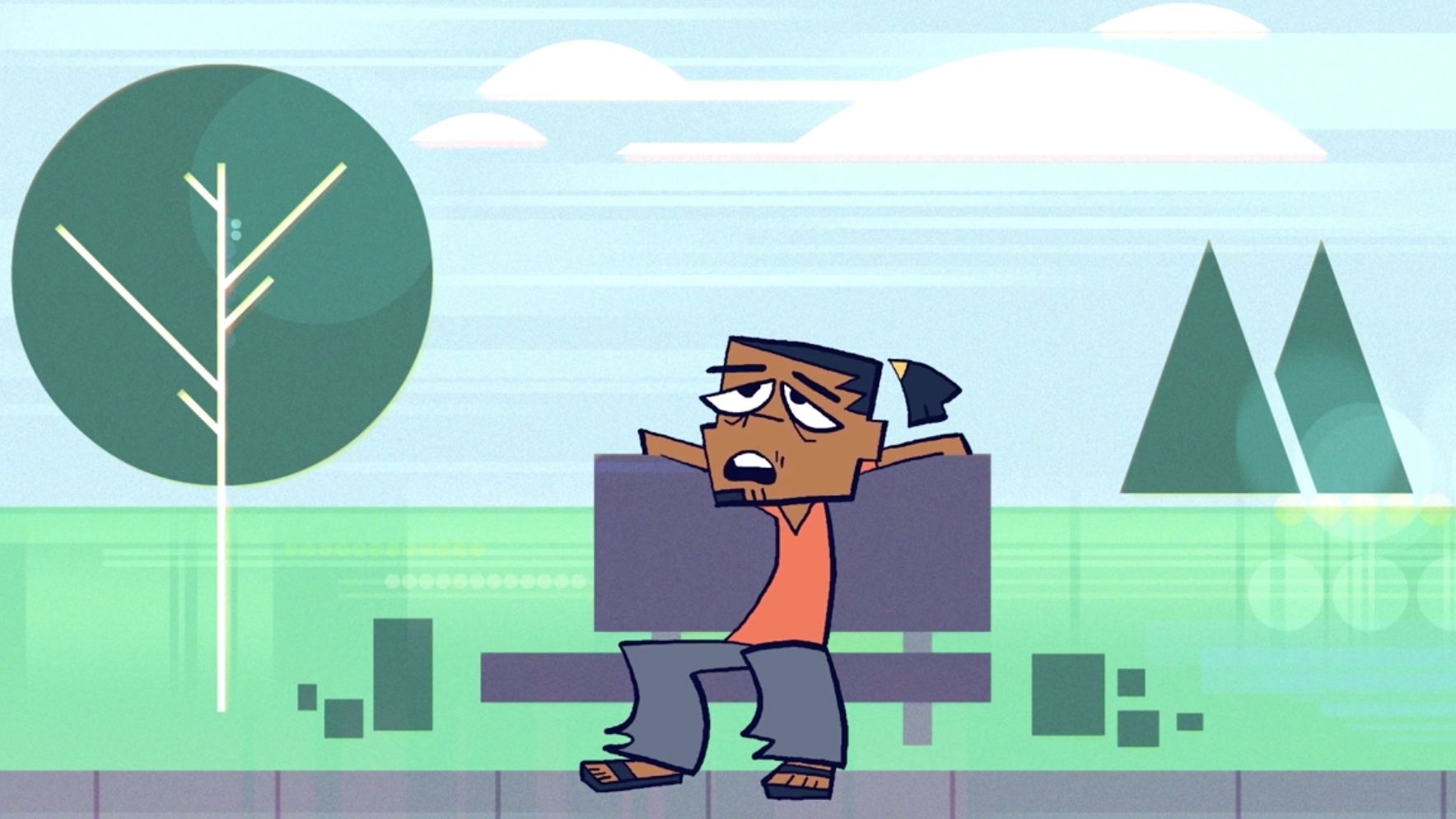 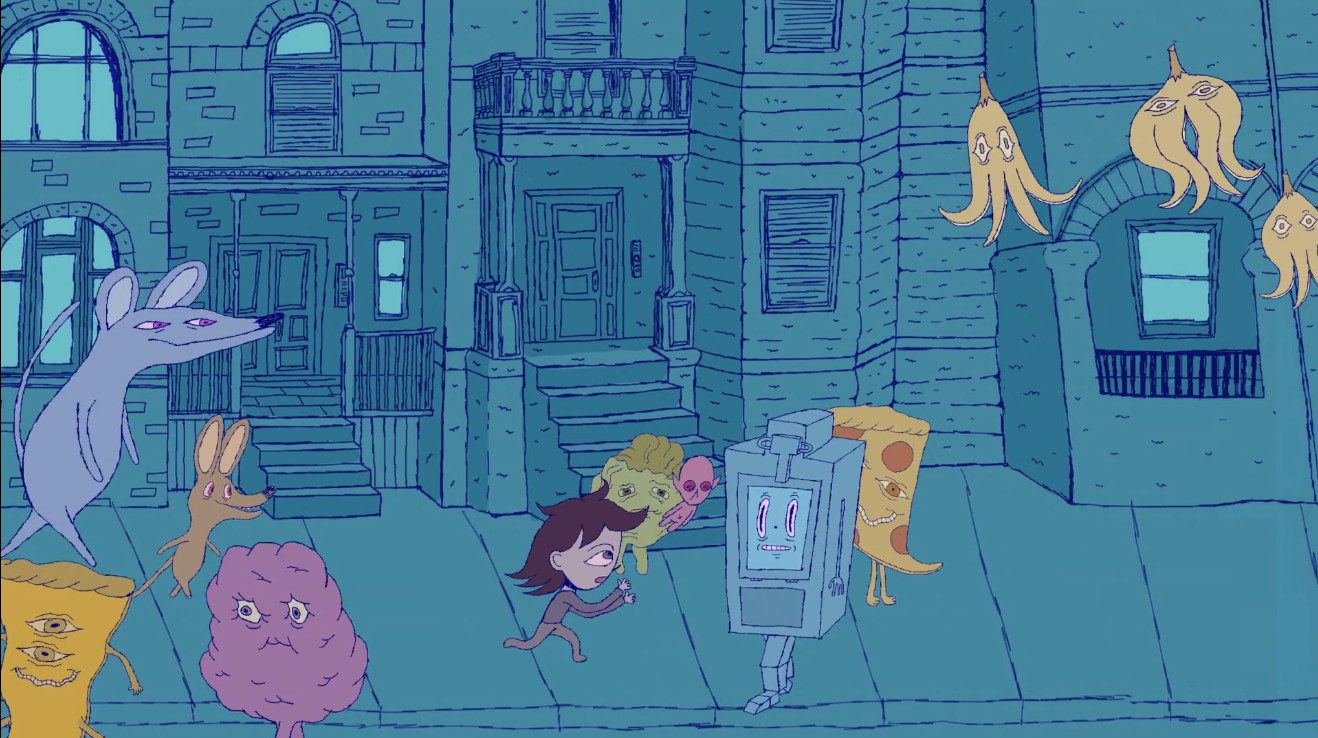 God of Chaos
Maddie Brewer – 6:29 – United States
A mysterious cult performs an ancient ceremony, inviting an otherworldly power into their earthly realm. While fleeing from it's captors, a strange being encounters a little girl and her ragdoll... will chaos reign? 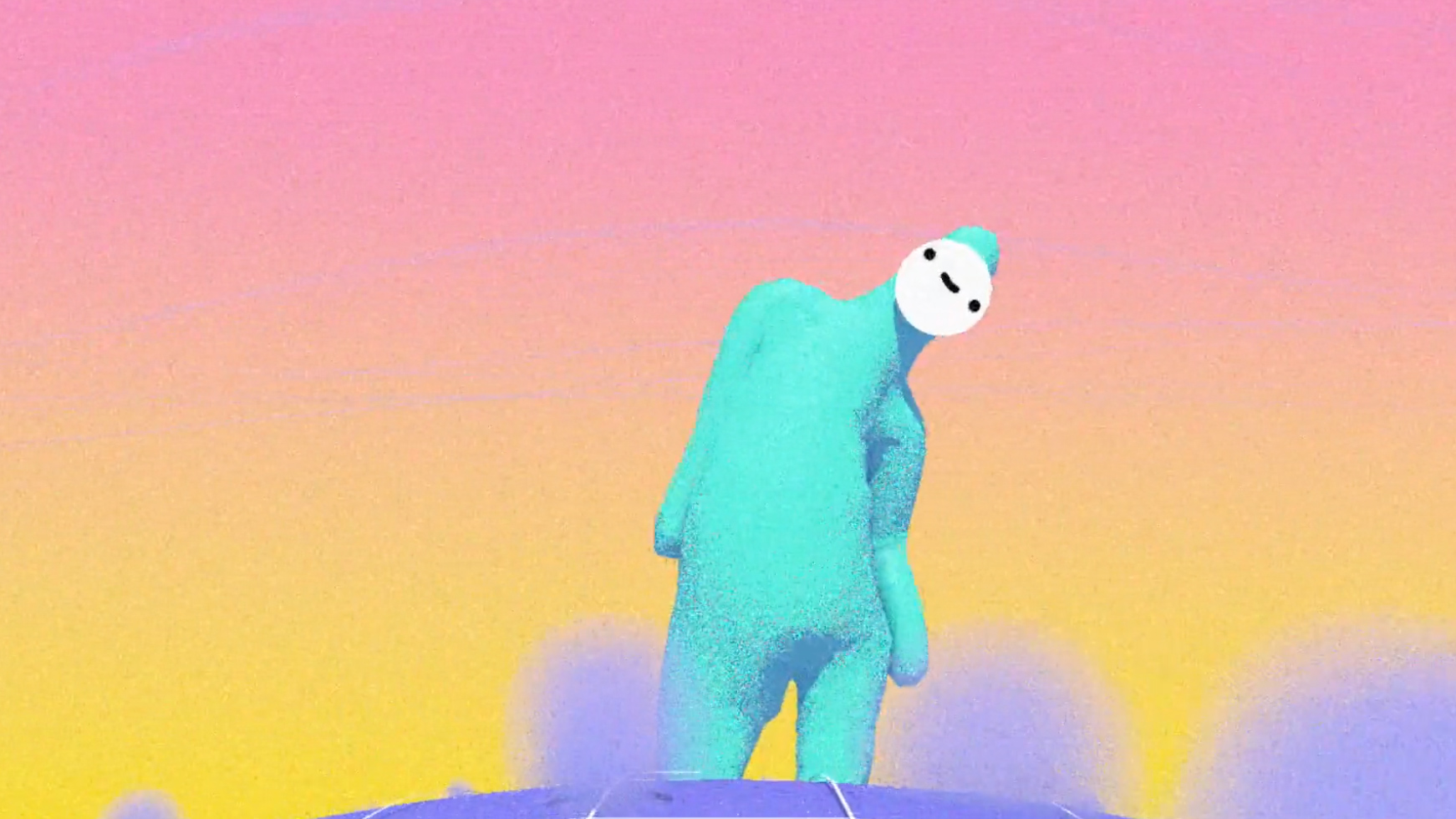 Daylight
Amir B. Jahanbin – 3:22 – United States
The meeting of the Sun and the Moon. A 3D animated music video for "Daylight" by brz. 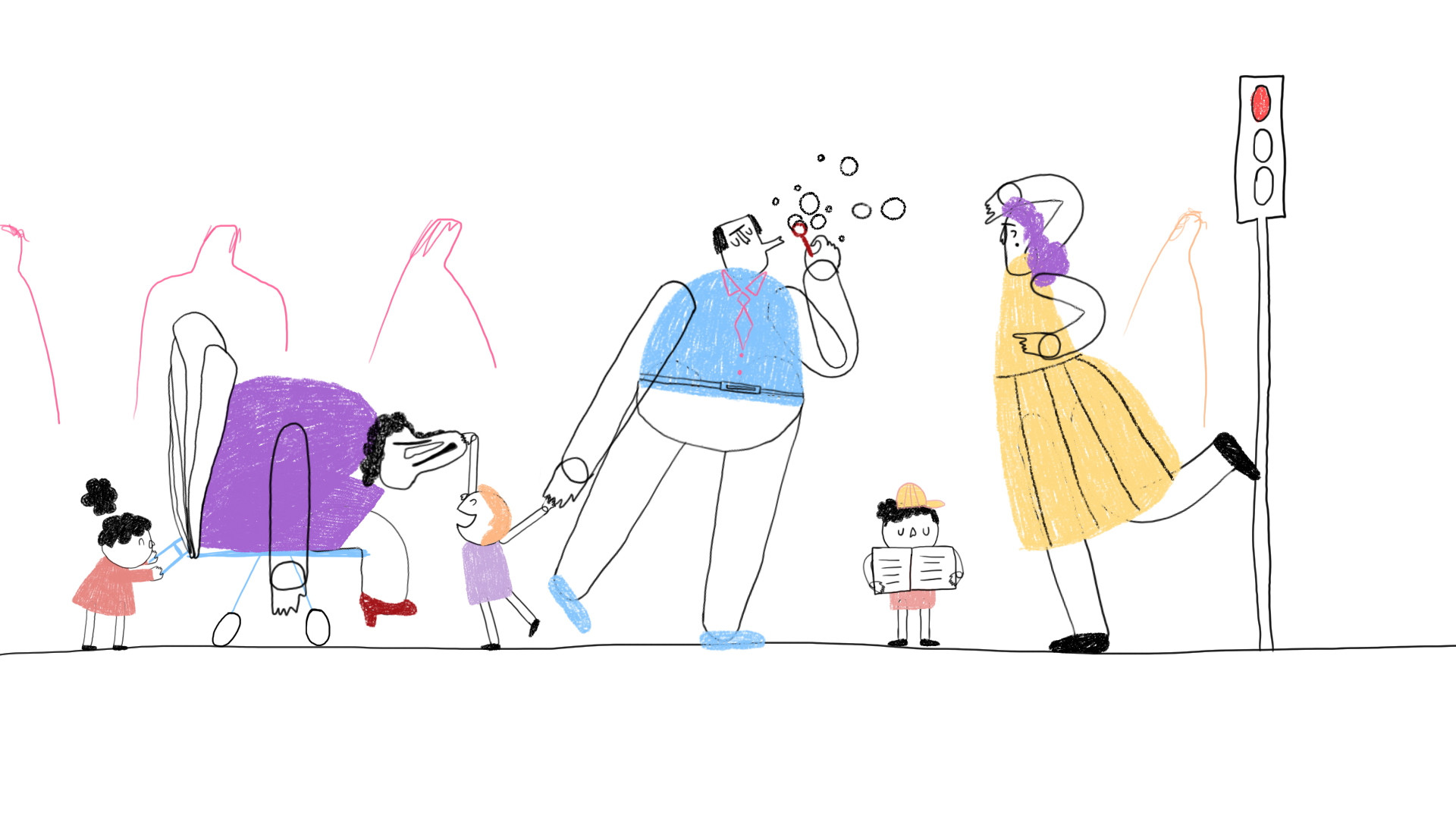 Flipped
Hend Esmat & Lamiaa Diab – 4:54 – Egypt
FLIPPED explores the absurdity of a world where the roles of kids and adults are switched. The story follows a day full of bizarrely reversed interactions, unravelling the dynamics of this relationship. The kids are challenged to deal with the big size difference and unpredictable nature of the childish adults, while adults gain back kids’ qualities, let go of all responsibilities and become children once again. The audience is left with thoughts about the nature of this relationship and how the roles inevitably change throughout the course of our lives. 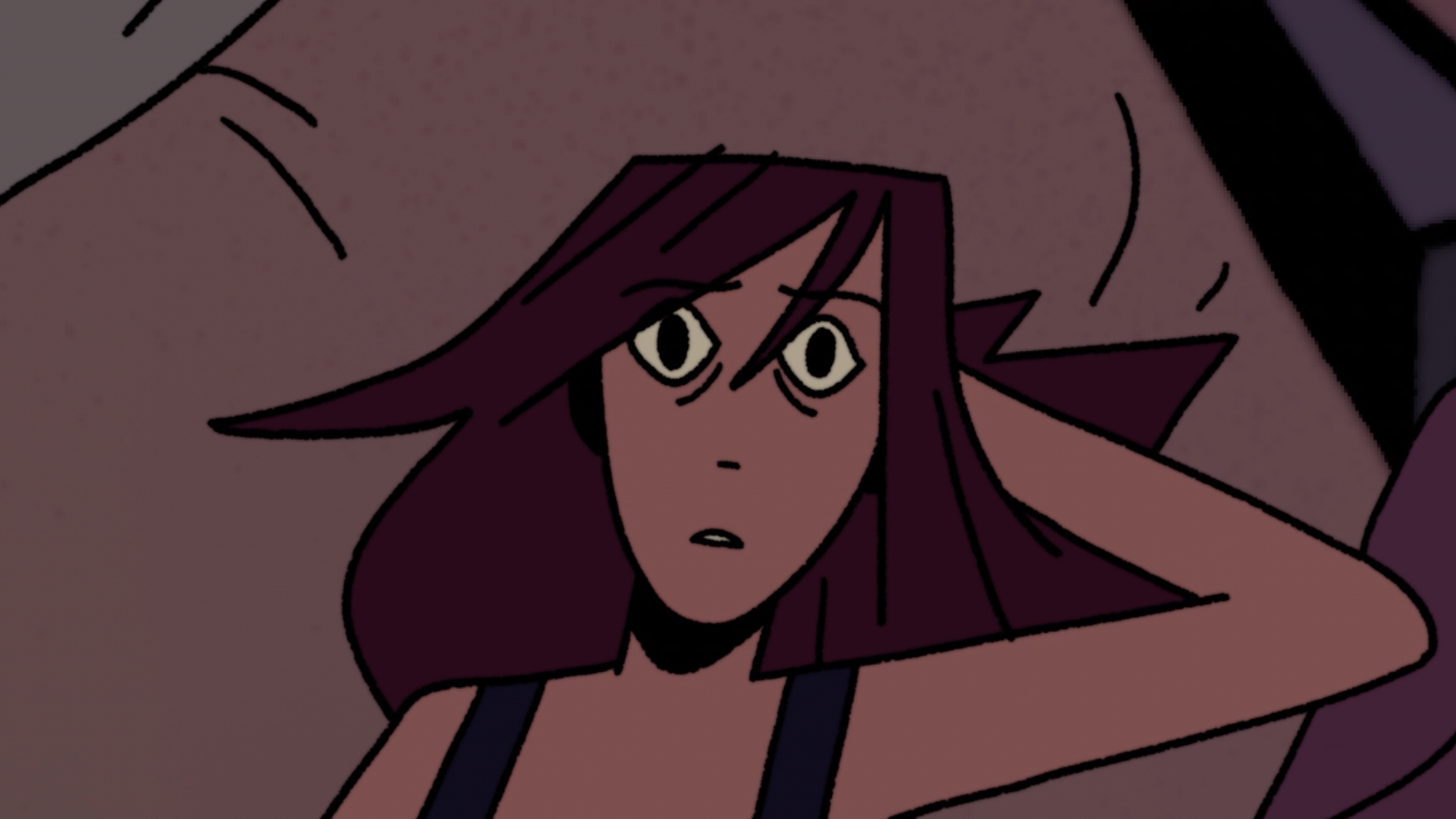 That House
Jessica Xu – 2:34 – United States
An insomniac confronts the heart of her nightmare. 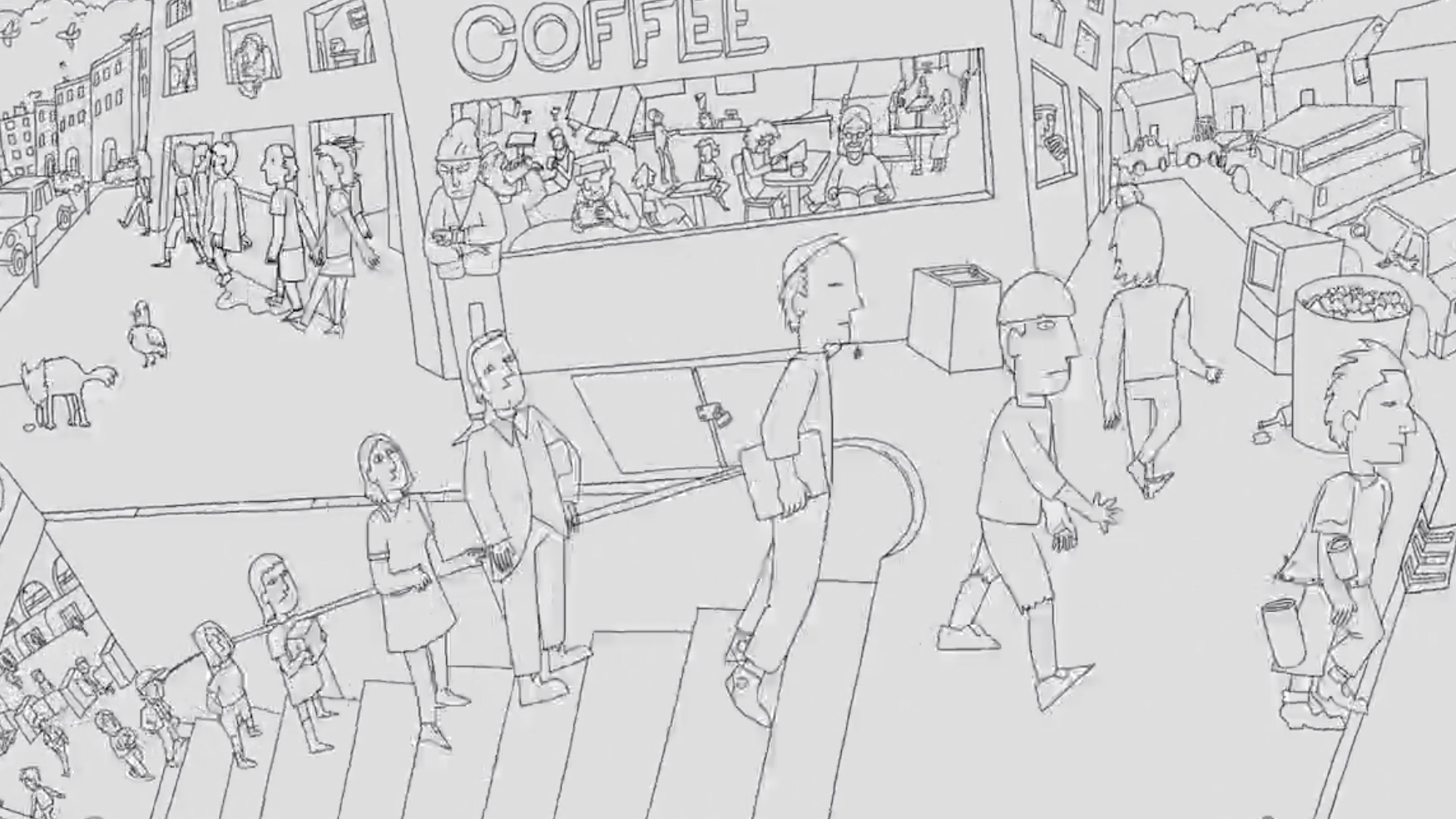 Central Square
Daniel Rowe – 3:11 – United States
Abstract animation inspired by my commute through Central Square in Cambridge, MA. This film explores the sensory experience of moving through public spaces, the curiosity and anxiety that comes from being in the middle of a city. I use loops and cycles to experiment with the timeless quality of space that you return to each day, and how they can start to feel stuck in time. 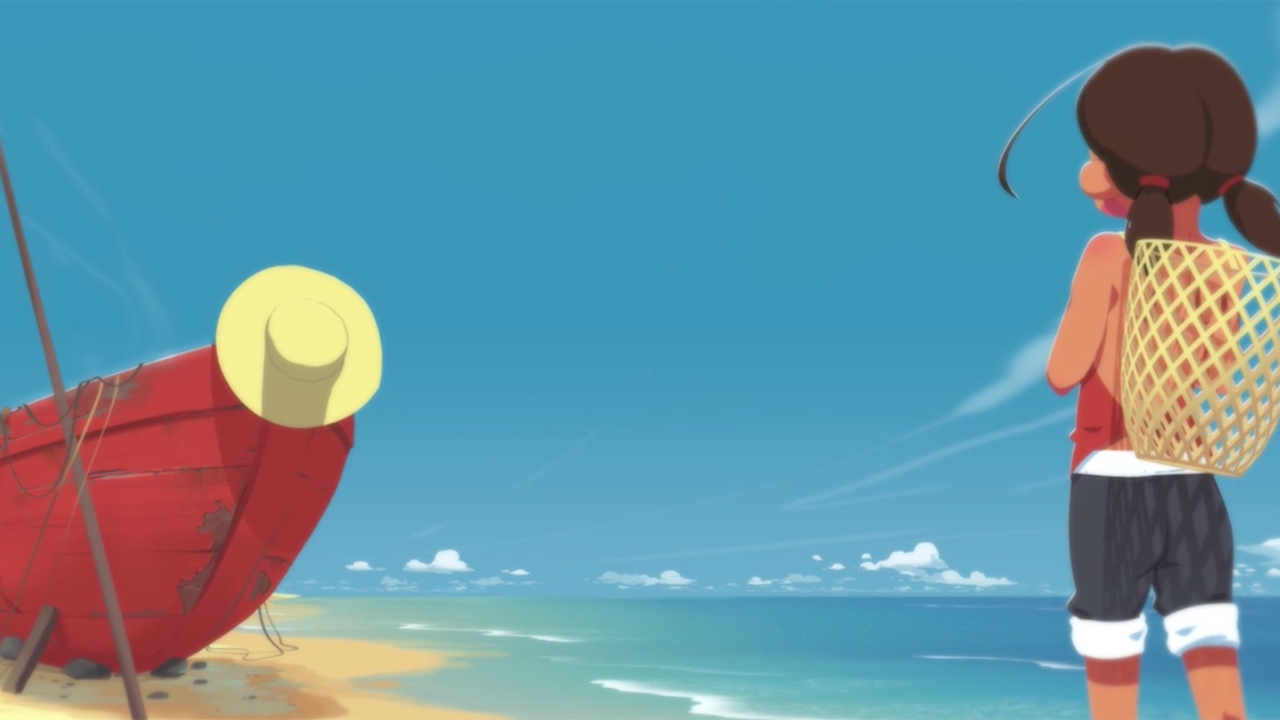 Her Boat
Yingzhong Hu – 8:30 – Canada / China
The fishing girl on her way of recovering her lost beloved fishing boat. 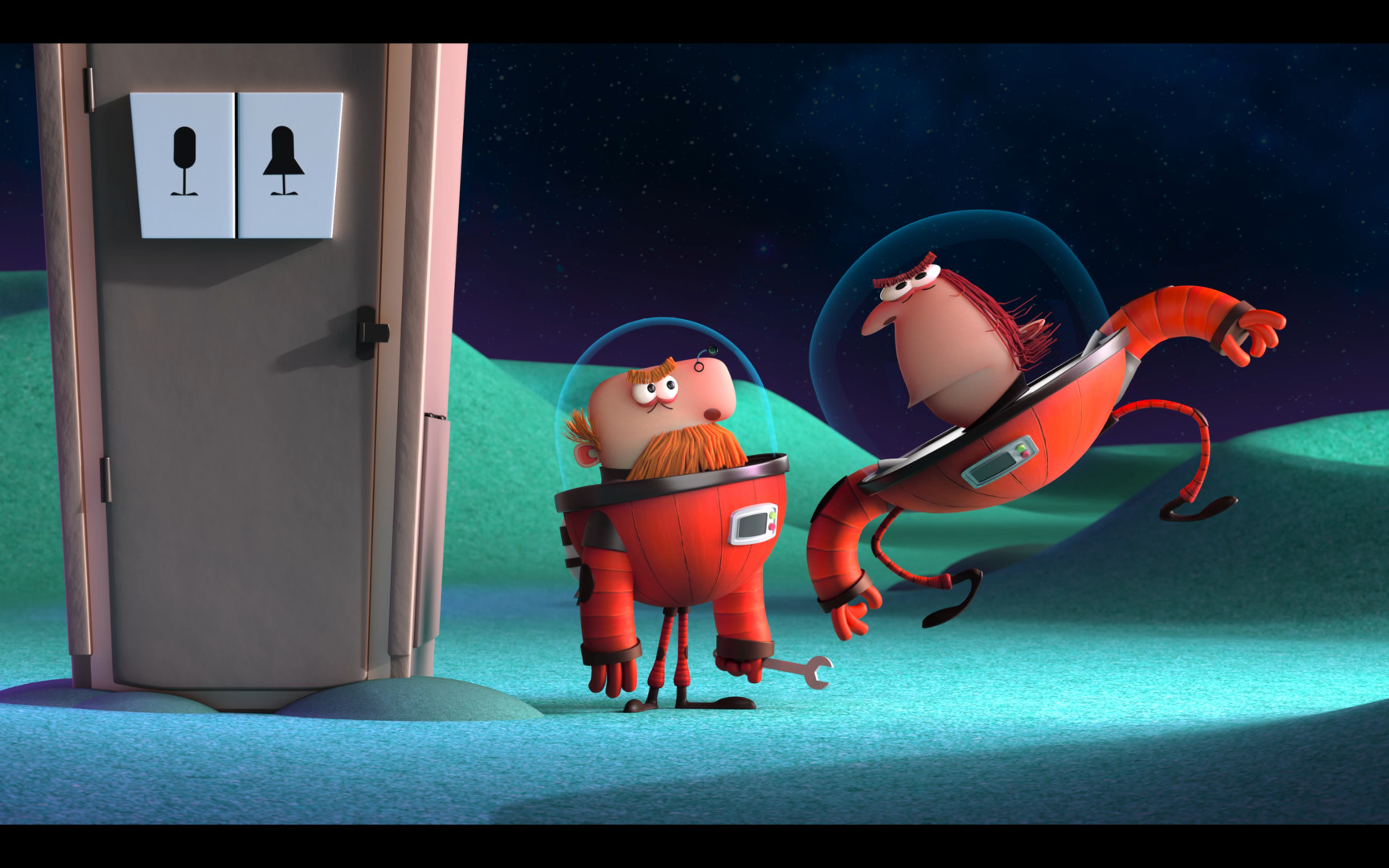 Pit Stop
Raship Trikha – 1:28 – Canada
An astronaut wants to pee but the outhouse is broken. He ends up peeing in a pit, but it turns out to be an alien's home. 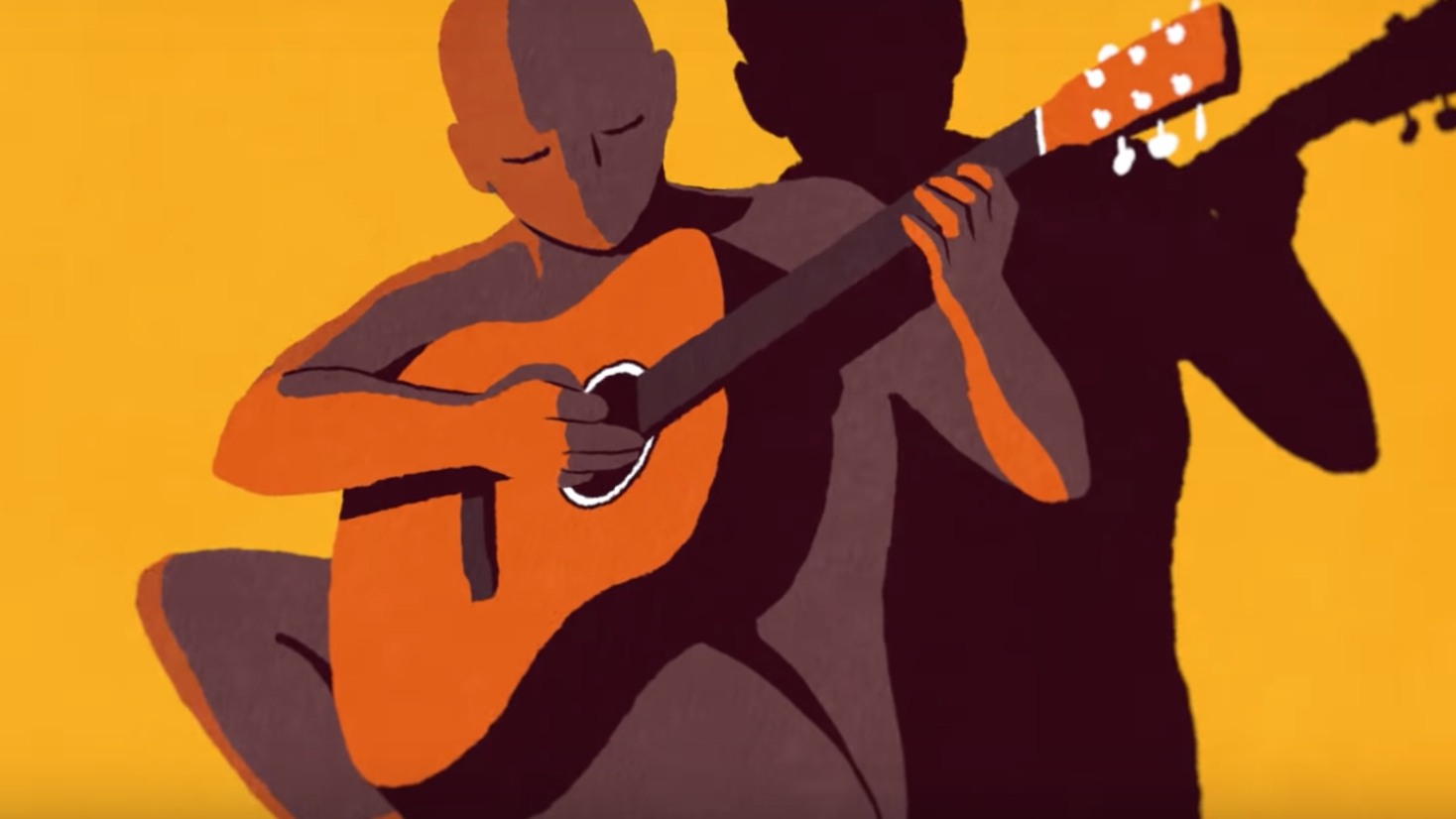 Manu Chao & Calypso Rose - Clandestino
Régis Raffin – 2:41 – France
More than 20 years have passed since the release of Clandestino, one of the most famous songs by Manu Chao. To celebrate this birthday, Manu Chao is back with Calypso Rose for a new version of this emblematic tune. The issue of clandestinity discussed 20 years ago has obviously become all the more dramatic these last years…

New Year
Rory Waudby-Tolley & Diana Gradinaru – 9:03 – United Kingdom
In 1999 a boy becomes obsessed with the Y2K bug. In the future a girl is learning to be a priest in a religion based upon the artefacts left behind by the boy.
Directions to the Parkway Theatre
The Stavros Niarchos Foundation Parkway is located at 5 W. North Avenue (at the intersection of North Avenue and Charles St.) in Baltimore's Station North Arts and Entertainment District
See the Parkway on Google Maps
[mc4wp_form id="9027"]