Sight Unseen presents In The Jungle 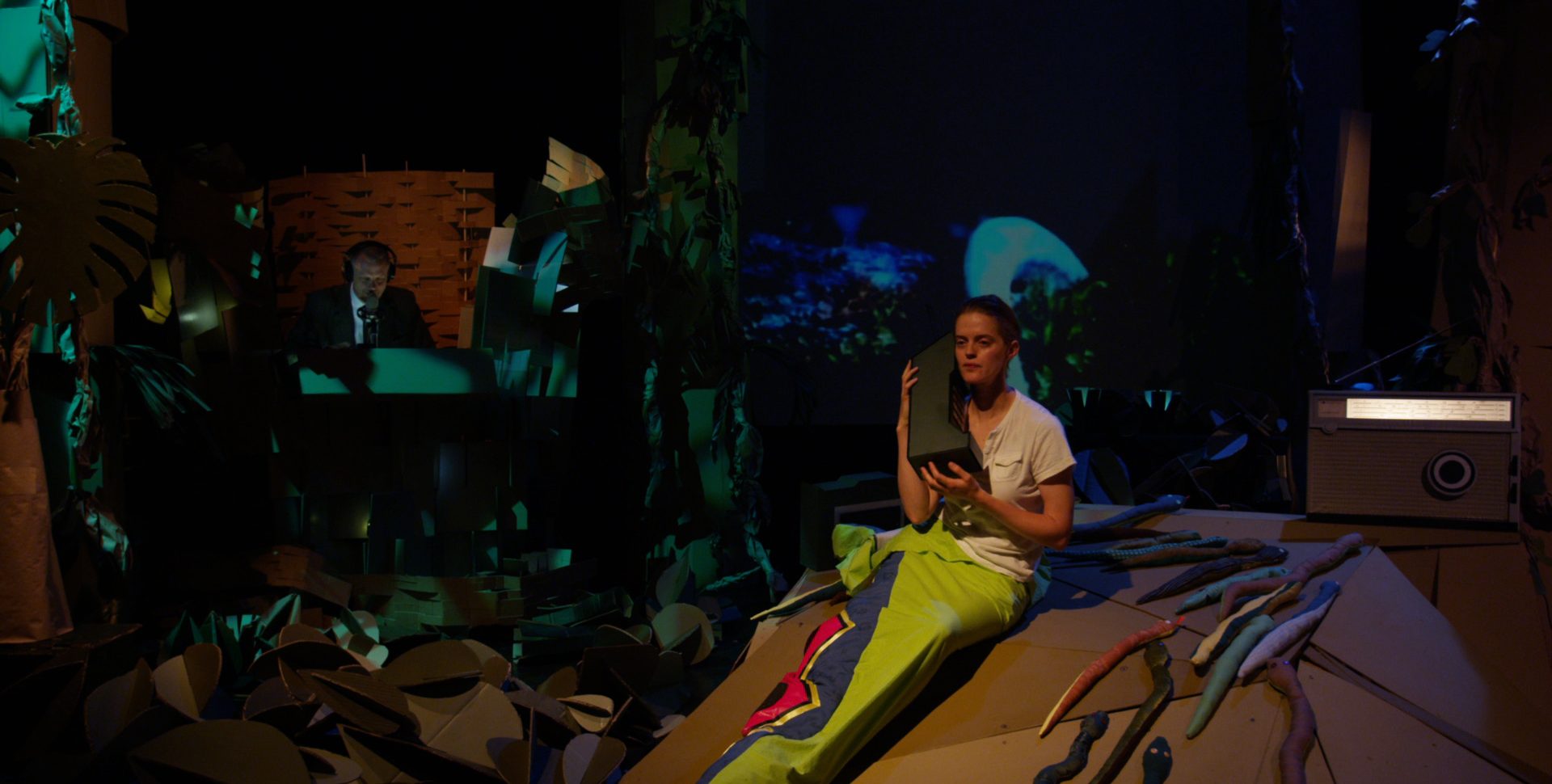 Immediately following the screening of In The Jungle, there will be a short Q&A with director Stephanie Barber, co-star, Cricket Arrison & set designer, Peter Redgrave.

Sight Unseen
A film series that focuses on contemporary image based work that explore innovative ways of working with materiality, sound, & narrative.

In The Jungle, playfully and sorrowfully tells the tale of an unreliable narrator in a self imposed exile. Given a grant to study the equivalent of animal cries in jungle flora our heroine has lived for 1,612 days deep in an unnamed jungle. This jungle serves as an extended metaphor for excessive and continual growth and death, fear and sustenance; a metaphorical space of chaos in which the scientist finds solace and which stands in contrast to the human jungle of ‘civilization’.