Dramaan is the most popular man in Colobane, but when a woman from his past, now exorbitantly wealthy, returns to the town, things begin to change. 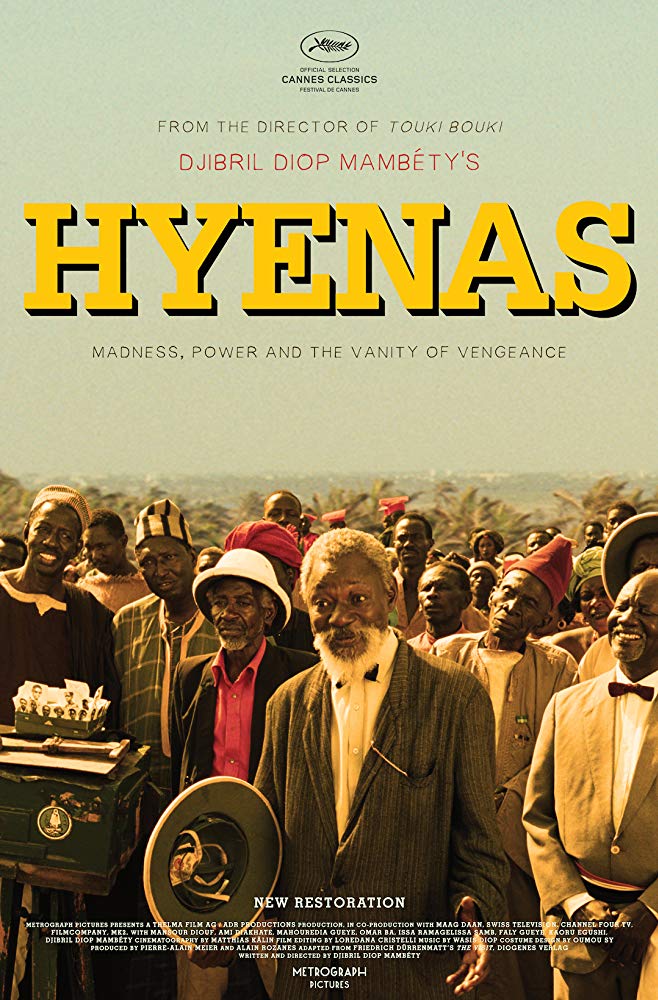 One of the treasures of African cinema, Senegalese master Mambéty’s long-delayed follow-up to his canonical Touki Boukihye is a hallucinatory comic adaptation of Swiss avant-garde writer Friedrich Dürrenmatt’s play The Visit, which in Mambéty’s imagining follows a now-rich woman returning to her poor desert hometown to propose a deal to the populace: her fortune, in exchange for the death of the man who years earlier abandoned her and left her with his child. Per its title, Hyenas is a film of sinister, mocking laughter, and a biting satire of a contemporary Senegal whose post-colonial dreams are faced with erosion by western materialism.

A once-prosperous Senegalese village has been falling further into poverty year by year until the village’s elders are reduced to selling town possessions to pay debts. Linguère, a former resident and local beauty, now very rich, returns to this, the village of her birth. The elders hope that she will be a benefactor to the village. To encourage her generosity, they appoint a local grocer, Dramaan, as mayor–who once courted her and will now try to persuade her to help. In fact, Linguère has returned with the intention of sharing her millions with the village but only in return for an unexpected action. This plot twist brings human folly and cynicism into sharp focus.

“A wicked skewering of both the rich and those who seek their handouts.”
– John DeFore, Hollywood Reporter