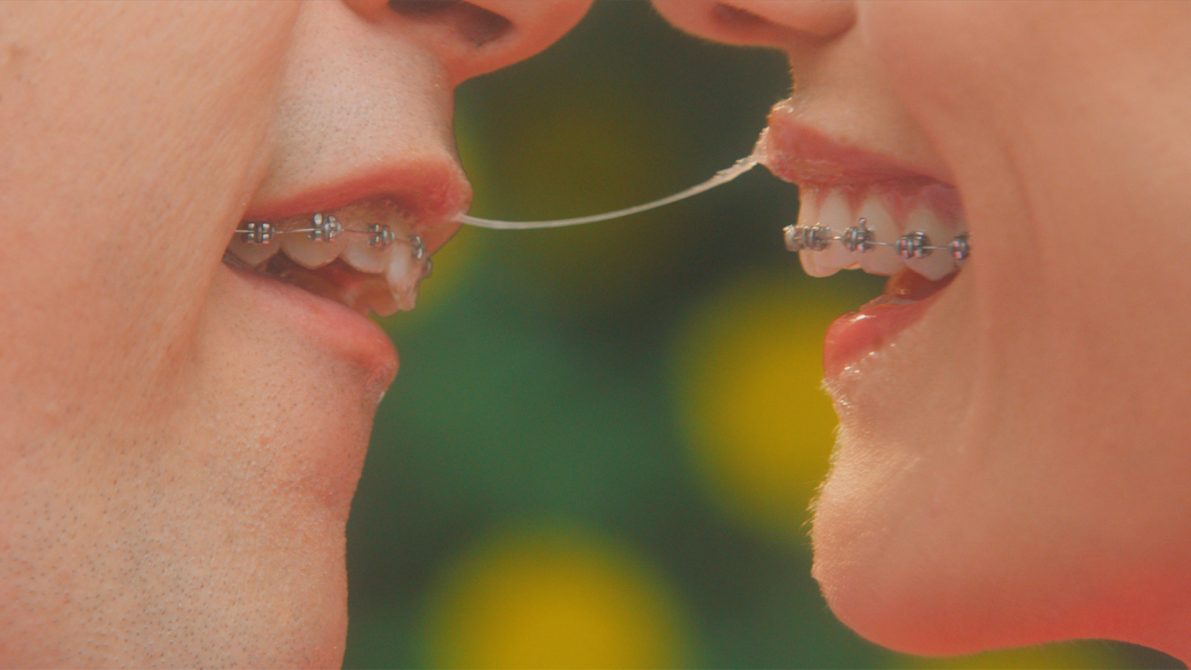 Comedy done right is so absurdly satisfying to experience in a theater, and for the demented sensibilities of Baltimoreans—raised on the work of John Waters, with houses and bridges in polychrome, and who know a red-striped sugar stick penetrating a lemon wedge as a casual summer treat—this year’s absurdist comedy of choice, Greener Grass, is honestly just perfect. Watching Jocelyn DeBoer and Dawn Luebbe’s debut feature in our historic main theater will undoubtedly tease giggles, before laughter becomes a contagion, and then acts as mundane as drinking water turn out to be utterly hilarious. Oft confusing in the best, most WTF ways, this delirious, 90s-tinged satire shows what happens when one secludes oneself in the bubble of the cul-de-sac for far, far too long.

Greener Grass takes place in a nightmare suburb, where every metal-mouthed inhabitant color-coordinates pastel polos and panties with their partner and competes to be the neighbor who appears most happy. Children are tools in this endeavor, so the faster you can attain or dispense of them—depending on your outlook—the better, but sure as hell don’t get caught without at least one. Jill (DeBoer) and Lisa (Luebbe) are best friends, as are their husbands (SNL’s Beck Bennett and Neil Casey), but their respective sons Julian and Bob aren’t. So when each child suddenly “matures” in his own way, strains of resentment befall Jill and Lisa’s friendship. Oh… and also one of them is being stalked by a maniac and there’s a murderer on the loose.

Greener Grass delights in the unexpected, and that shouldn’t be ruined for you. Don’t wait for your friends to come running with spoilers about this movie that’s “so weird.” See it for yourself, and see it again— especially if you’re a fan (or filmmaker) of Serial Mom, House, or the Air Bud trailer. (Mitchell Goodrich)

« Gospel According to Al Green
Ham on Rye »