Generation Parkway: The Land Before Time 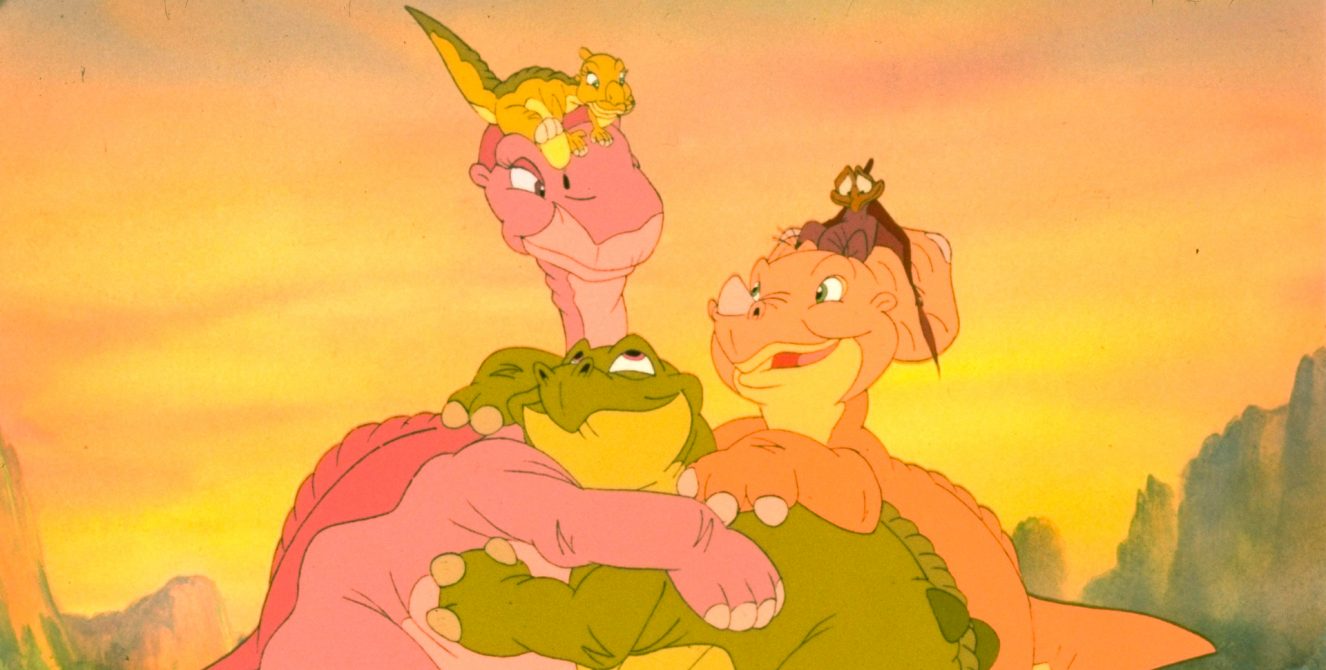 The Maryland Film Festival is proud to announce the first film of Generation Parkway, a new family-friendly series occurring every Saturday at the SNF Parkway. Join us Saturday morning of the festival for a screening of Don Bluth’s animated classic The Land Before Time on 35mm!

“Let your heart guide you. It whispers, so listen closely.” These are the words of wisdom that echo through the 1988 animated adventure The Land Before Time. Littlefoot, Ducky, Spike, Petrie, and Cera, five dinosaurs, lost and alone, must come together to find their way across a desolate and dangerous landscape to the Great Valley where food is abundant and other dinosaurs await them.

The Land Before Time was directed by Don Bluth (The Secret of NIMH, An American Tale) and included Steven Spielberg and George Lucas among its executive producers. After its initial release on November 18, 1988, thirteen direct-to-video sequels followed. The film has an innocence and fairness that maintains a distance from the gimmicky wise cracks that are ubiquitous in present day kids’ films.

Unlike animated films based on the damsel in distress model, The Land Before Time is about community, friendship, and overcoming prejudice and fear making it as relevant today as it was when first released. We are very excited to screen The Land Before Time as the first film in our new Generation Parkway youth programming series. (Keisha Nicole Knight)

« The Island
Let the Corpses Tan »