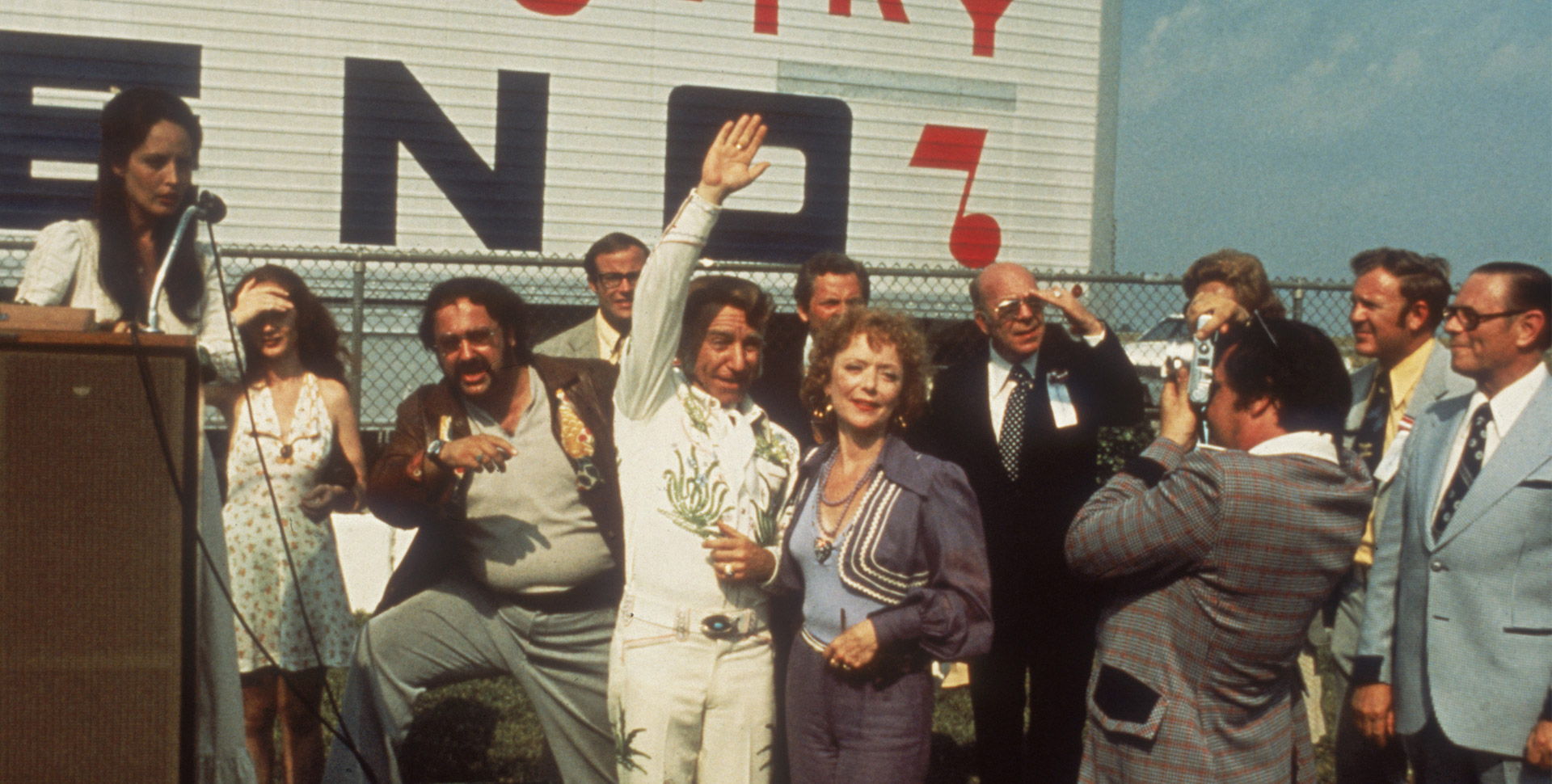 Join us in celebrating the Fourth of July with legendary director Robert Altman's sprawling, Americana classic! This cornerstone of 1970s American moviemaking from Robert Altman is a panoramic view of the country’s political and cultural landscapes, set in the nation’s music capital. Nashville weaves the stories of twenty-four characters—from country star to wannabe to reporter to waitress—into a cinematic tapestry that is equal parts comedy, tragedy, and musical. Many members of the astonishing cast wrote their own songs and performed them live on location, which lends another layer to the film’s quirky authenticity. Altman’s ability to get to the heart of American life via its eccentric byways was never put to better use than in this grand, rollicking triumph, which barrels forward to an unforgettable conclusion.   "The funniest epic vision of America ever to reach the screen." — Pauline Kael, The New Yorker "Altman’s best film, and the most exciting dramatic musical since Blue Angel." — Andrew Sarris, The Village Voice 5/5 Stars: "It's a film that a lot of other directors will wish they'd had the brilliance to make." — Vincent Canby, New York Times