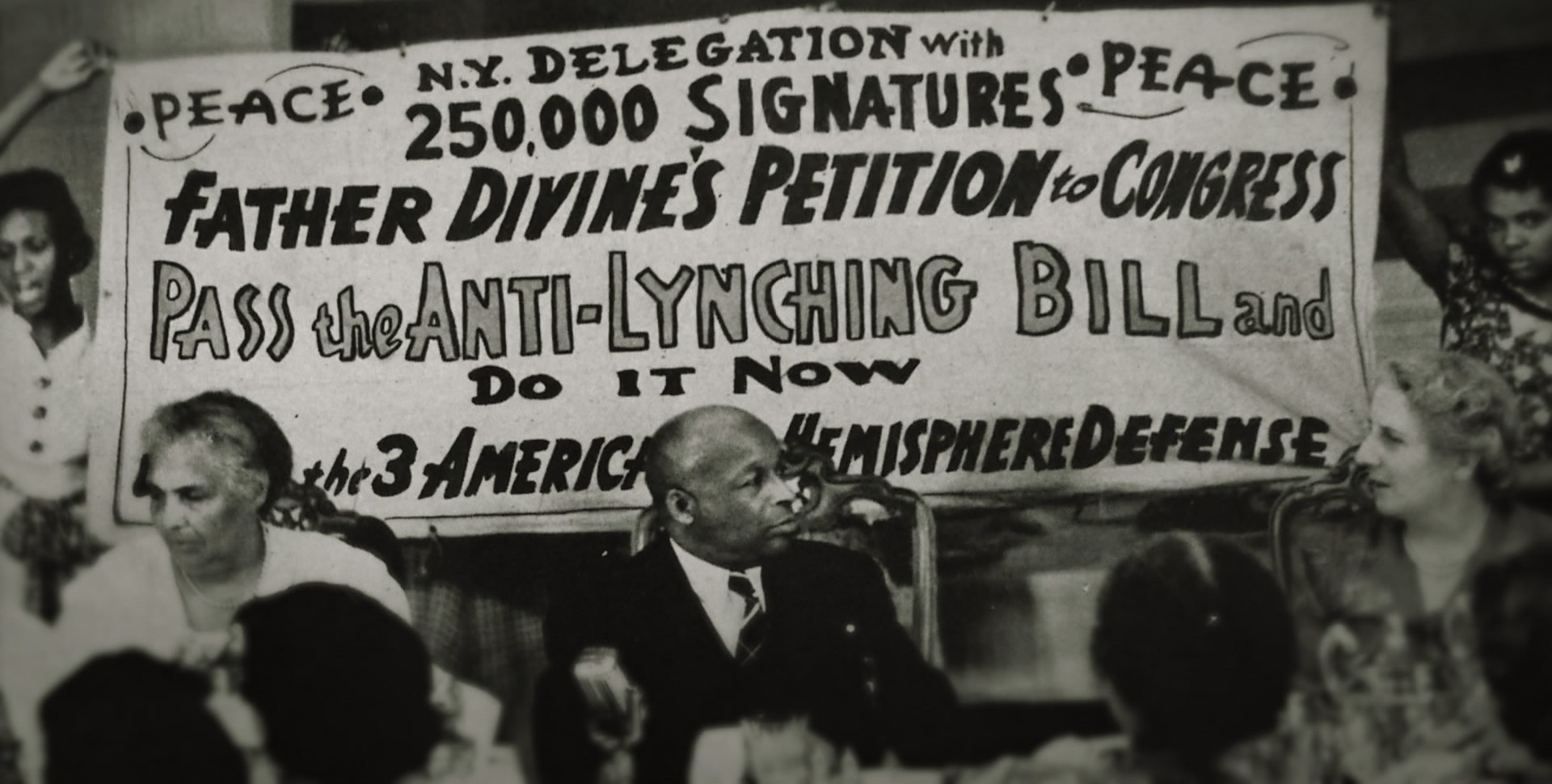 “Why do people believe what they believe?” “What does it mean to believe?” “How can belief inspire change?” These questions form the heart of Lenny Feinberg’s fascinating documentary feature, Father’s Kingdom, a film about Maryland-born evangelist, Father Divine. Born George Baker in 1877 in a small black ghetto of Rockville derogatorily referred to as “Monkey Run,” Father Divine was a self-professed messiah who rose to prominence in the 1930s as the leader of the International Kingdom of Peace Mission, a multi-racial celibate order of devoted religious followers. Stalwart champions of interracial living and early integrationists, Father, his wife Mother Divine, and his fellow believers challenged segregation during the Jim Crow era by promoting large-scale communal living in a number of U.S. cities and at Woodmont, Divine’s 73-acre estate in Gladwyne, PA.

Decried in his day as a fraud and a charlatan, Father is now regarded by many as an early pioneer of the Civil Rights Movement. Falling somewhere between Marcus Garvey and Martin Luther King, Jr., his group chipped away at the social, political, and psychological chains of racism and bolstered black enterprise. Steadfastly committed to race equity, Father made justice and compassion cornerstones of his work and preaching. Ironically, it is likely the very prejudice and intolerance that Father railed against all his life, that has kept him out of many historical accounts. Until now.

Feinberg’s nuanced, intimate portrayal of Father and his worldwide congregation shines a spotlight on the organization’s significant contributions to promoting equality in America at a time when the country was intensely divided over the issue of race. The film also expertly pulls back the curtain on the handful of Father’s followers who remain, living and working together at Woodmont, devoted to preserving their leader’s legacy and way of life. A deeply satisfying film, Father’s Kingdom leaves us with lessons as relevant today as they were a century ago. (Camille Blake Fall)