The magical world of fungi and their power to heal, sustain and contribute to the regeneration of life on Earth. 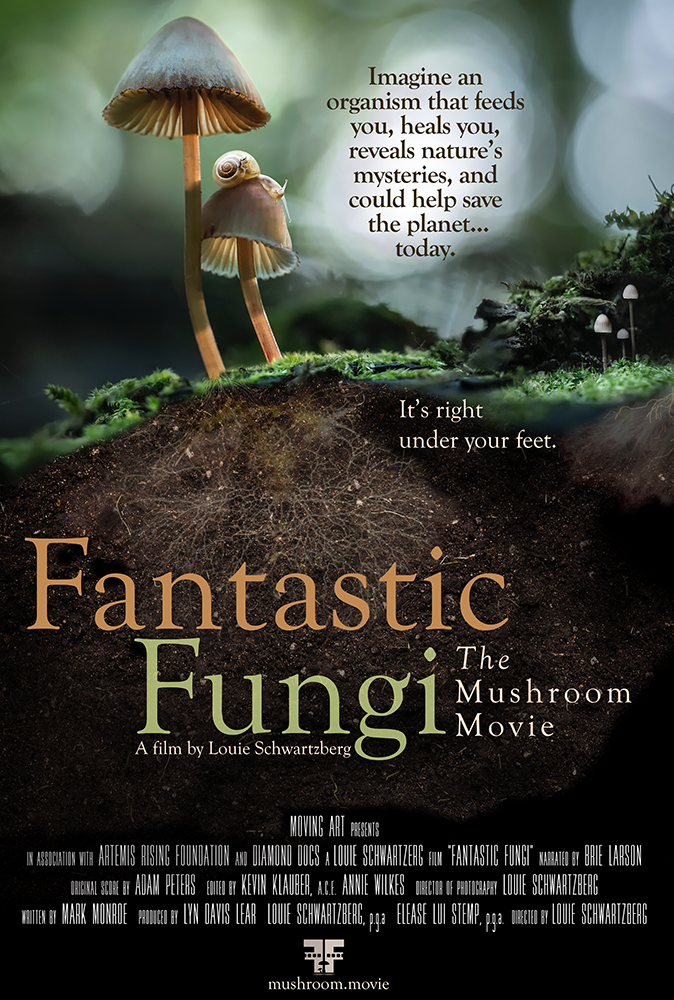 Join us after the 4pm screening of FANTASTIC FUNGI on Sunday, December 8 for a discussion of the science of mushrooms with an expert panel on mycology, organized by the Baltimore Psychedelic Society.

Robin Gunkel
Robin is the Creator and Director of the 7th Annual Mushroom City Art Festival. Through her work with Mushroom City, Robin was inspired to pursue a PhD in Sustainability Education with Prescott College, and she also holds an MFA in Creative Writing from The Jack Kerouac School of Disembodied Poetics. Robin currently works as an academic advisor at MICA, and she has been a community organizer in Baltimore since 2009 where she has been working as a sporeganizer for Bloom Baltimore, which is part of the larger Bloom Network, a social and mobilization network for regenerative planetary culture. She is currently most passionate about how social networks can work beside forest networks to support both social and ecological justice. Robin has helped found Rhizae Renewal Collective, a collective who is currently working on the bioremediation of a lead contaminated lot in East Central Baltimore.

Marisa Cascia
Marisa is farmer, forager, and fungi fanatic. Seven years ago she began her journey into the realm of studying the benefits of fungi for humans and the planet. Since then she has led numerous plant and mushroom identification walks, given educational speeches on the biology and benefits of fungi, has taught cultivation methods, and has helped spearhead the development of remediation and permaculture projects in the greater Baltimore area.

Jared Urchek
Jared is an acupuncturist, herbalist, and naturalist. He has studied healing arts for 15 years and been growing mushrooms for over a decade. Acupuncture and medicinal mushrooms allow for healing on all levels – body, mind, and spirit – and foster a greater understanding of how we can stay balanced in Nature. His acupuncture practice is in College Park, MD, where others also offer yoga, massage, and various classes and workshops. Jared leads monthly ID walks and teaches classes on herbalism, mushroom cultivation, and more.

When so many are struggling for connection, inspiration and hope, Fantastic Fungi brings us together as interconnected creators of our world.

Fantastic Fungi, directed by Louie Schwartzberg, is a consciousness-shifting film that takes us on an immersive journey through time and scale into the magical earth beneath our feet, an underground network that can heal and save our planet. Through the eyes of renowned scientists and mycologists like Paul Stamets, best-selling authors Michael Pollan, Eugenia Bone, Andrew Weil and others, we become aware of the beauty, intelligence and solutions the fungi kingdom offer us in response to some of our most pressing medical, therapeutic, and environmental challenges.

“Gorgeous photography! Time-lapse sequences of mushrooms blossoming forth could pass for studies of exotic flowers growing on another planet.”
– Joe Morgenstern, The Wall Street Journal

“Schwartzberg’s film quickly proves to be one of the year’s most mind-blowing, soul-cleansing and yes, immensely entertaining triumphs.”
– Matt Fagerholm, RogerEbert.com

“A must see for anyone interested in life, death and the pursuit of the planet’s well-being.”
– David Carpenter, Forbes