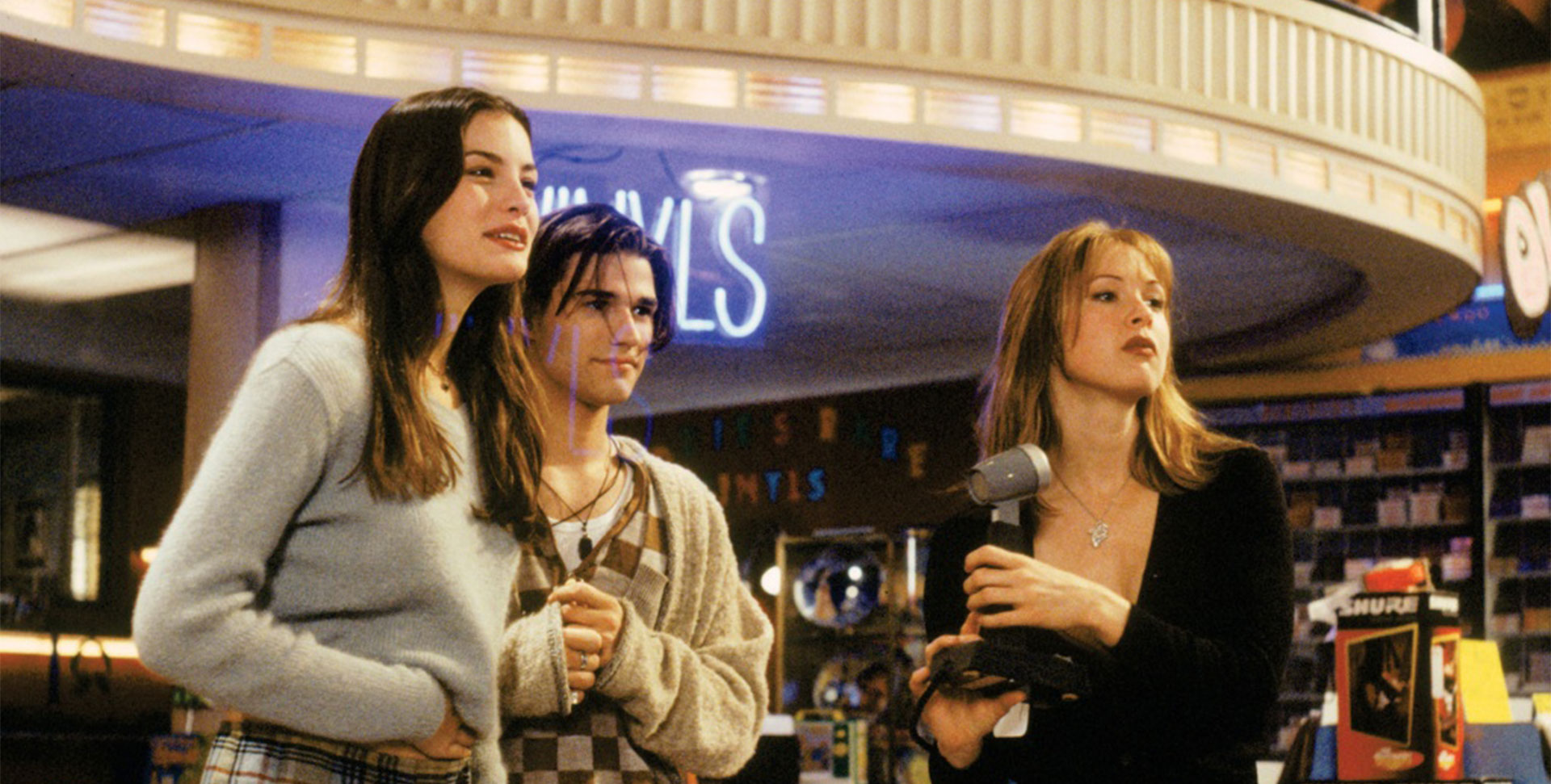 To celebrate the 25th Anniversary of The Sound Garden in Fells Point, the SNF Parkway is hosting a 35mm double feature of cult classics Empire Records and High Fidelity — the best films ever made about working in a record store. Don't miss this once-in-a-quarter-century screening with lotsa fun, lotsa craft beer (and other drinks), and lotsa other good stuff. Empire Records screens second, after High Fidelity at 7:00 PM > CLICK HERE FOR TICKETS TO BOTH FILMS (SAVE $6) < Joining us for both Empire Records & High Fidelity on August 30th? Show us your DOUBLE FEATURE stub before the first movie and receive a ? ticket for your chance to win 1 of 3 wild prizes during intermission: - Vinyl Prizepack + The Sound Garden Gift Certificate - Crosley Turntable + The Sound Garden Gift Certificate - Mystery Prize Joe (Anthony LaPaglia) runs Empire Records, an independent Delaware store that employs a tight-knit group of music-savvy youths. Hearing that the shop may be sold to a big chain, slacker employee Lucas (Rory Cochrane) bets a chunk of the store's money, hoping to get a big return. When this plan fails, Empire Records falls into serious trouble, and the various other clerks, including lovely Corey (Liv Tyler) and gloomy Deb (Robin Tunney), must deal with the problem, among many other issues.