Don’t Be a Dick About It

A hilarious and beautiful portrait of two brothers growing up. The film follows the brothers around for one summer capturing the nuances of pissing each other off.
Watch Trailer 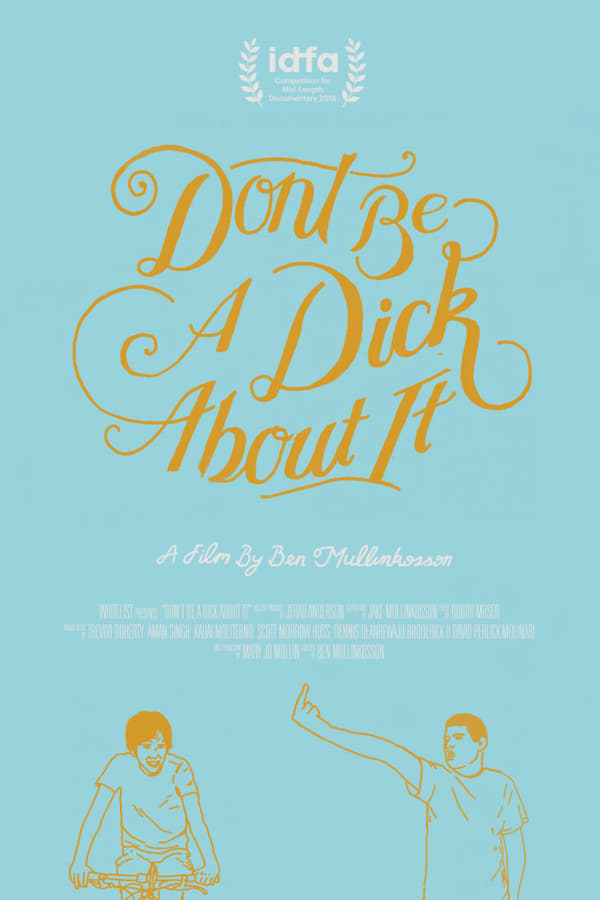 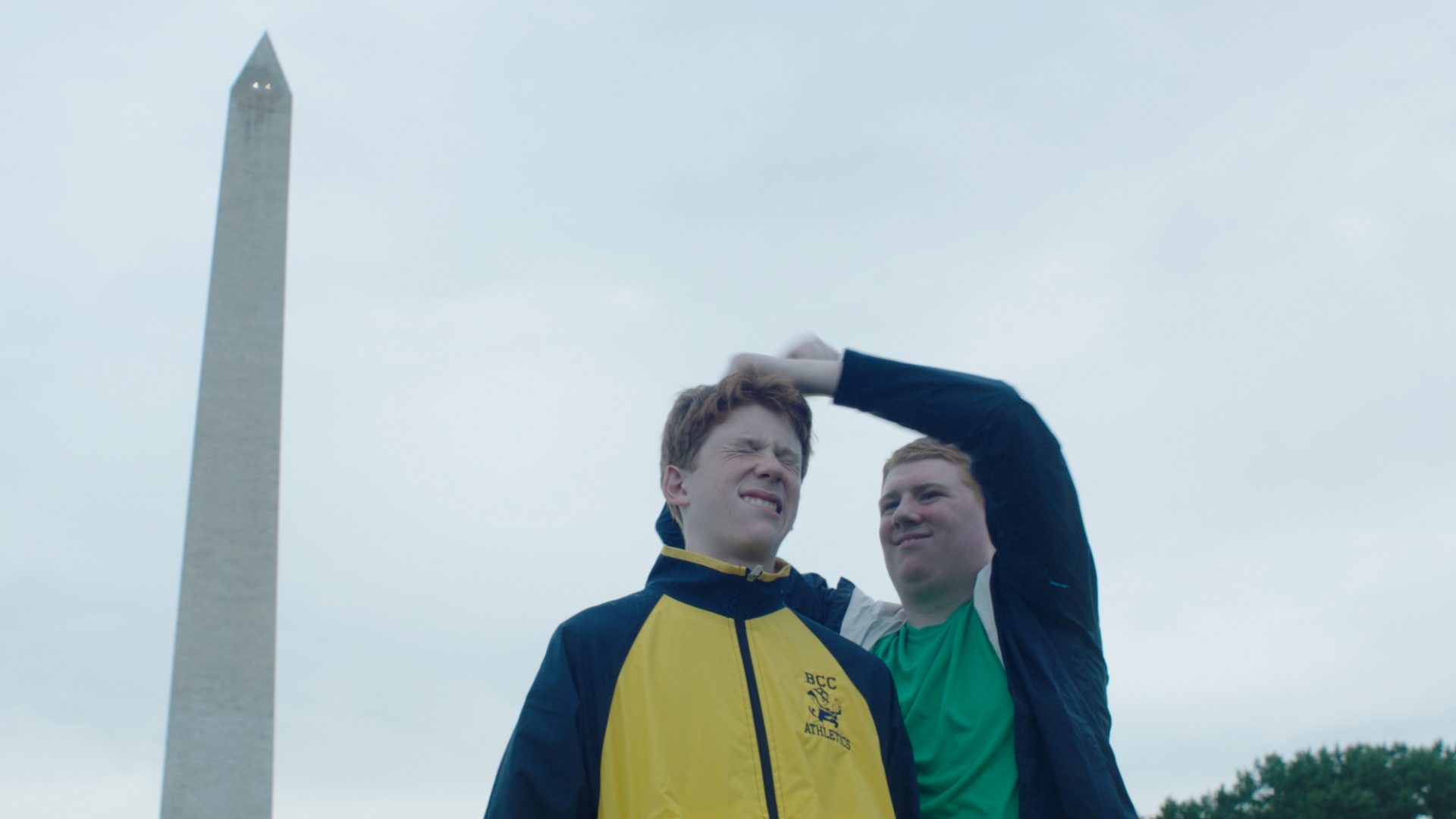 Winner of the IDFA (International Documentary Film Festival Amsterdam) Audience Award back in December—beating out stiff competition in the form of mega-doc hit Free Solo and a handful of others—Don’t Be A Dick About It follows the brothers Mullin, Peter and Matthew, who are living under the roof of their parents’ Chevy Chase, Maryland home. Growing up in the affluent DC suburbs with their other siblings, their daily lives are focused mostly around the goings on of their family homestead.

As the opening sequences unfold, the two brothers reveal their quirky and endearing yin and yang personalities. Peter is a boisterous, Cheerio-phobic young man who is absolutely obsessed with the Survivor reality TV show. He has a ritual of reenacting the elimination rounds of that show each day, particularly when he has a family member he’s frustrated with and wishes to “vote off the island” of their suburban home. One particularly memorable squabble finds Peter directing the titular phrase at his sister Kerry, who may be the next to earn “the council’s” expulsion. The quieter Matthew is working through a severe case of cynophobia, by reluctantly following his mother to the neighborhood dog park to attempt to confront his fears. He’s also working through his feelings about his brother’s behavior which he sometimes finds mortifying. Throughout the course of the summer-long span of the film, the siblings laugh, horseplay and fight frequently. Don’t Be A Dick About It is joyously minor key cinema. It’s not built around any looming family crises or life-altering events, but rather the tiny dramas of everyday life as two brothers who love each other deeply and also drive each other crazy, work their way through the ups and downs of their young lives.

Don’t be fooled by the tongue-in-cheek title; this intimate, often hilarious and ultimately moving doc is one of the finest portraits of sibling dynamics ever committed to digital film. MdFF is proud to host the North American Premiere of this warmly humorous and heartfelt documentary. (Scott Braid)