In eastern Ukraine, society begins to degrade as the effects of propaganda and manipulation begin to surface in this post-truth era.
Watch Trailer 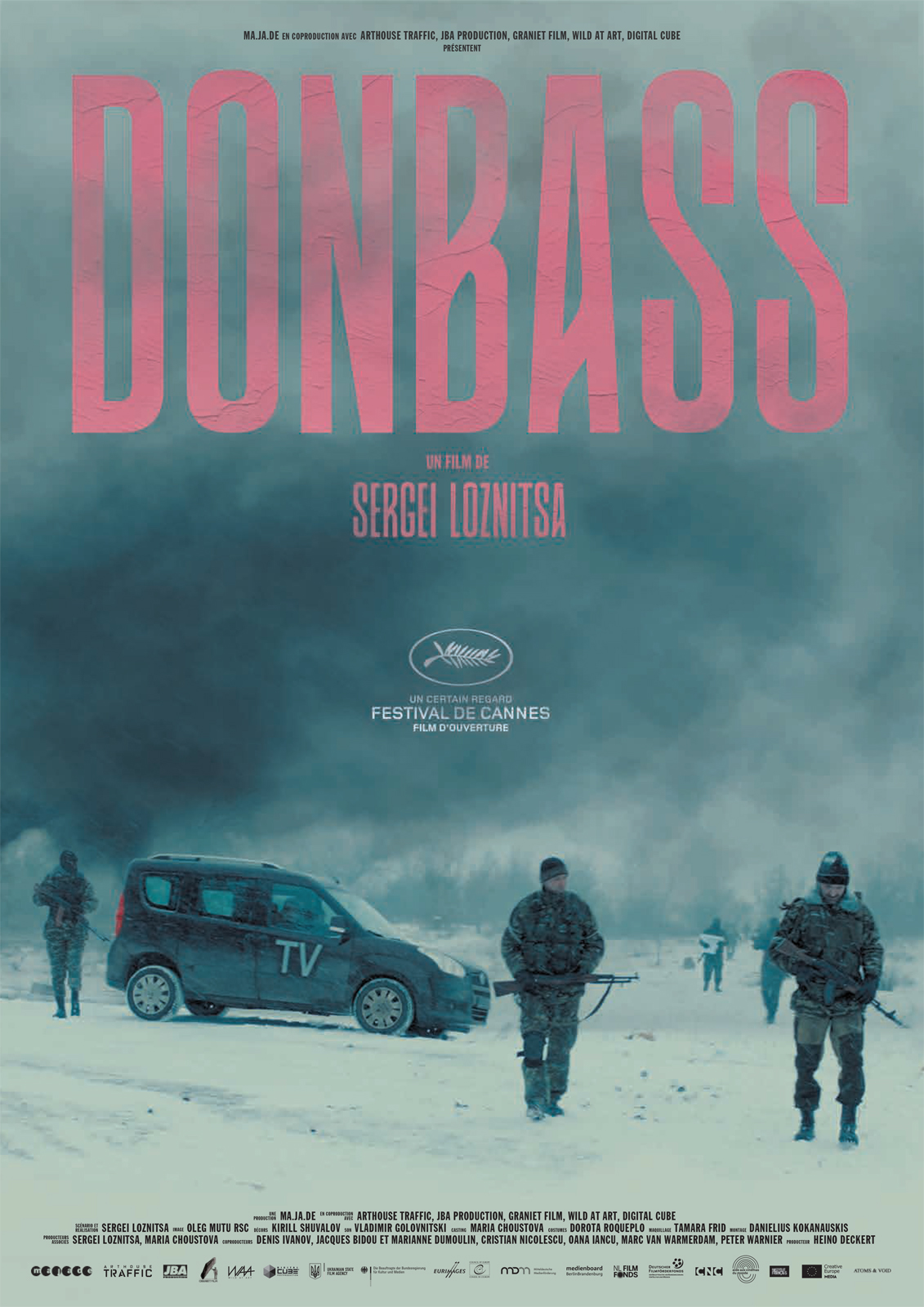 The central delight of film programming is the chance to come across a voice that resonates deeply with you, and that you’d like the opportunity to amplify and share with others. I was lucky enough to first encounter the prescient and urgent work of Ukrainian (by way of Belarus) filmmaker Sergei Loznitsa at the 2010 Toronto International Film Festival, with his sobering first narrative feature My Joy. The film had premiered at Cannes—the first Ukrainian film to compete for the coveted Palme d’Or— earlier that year and I had the honor of bringing the film to Baltimore within our 2011 Festival. We’ve continued to track his incredible body of work over the near-decade since and had the equal pleasure of sharing his 2016 film Austerlitz, a meditative documentary on the problematic aspects of bustling and at times shockingly informal tourism at venerated Holocaust sites.

Loznitsa, originally trained as a mathematician, started his cinematic journey as a documentarian in the 1990s, having produced a variety of verité films throughout the mid-90s into the late aughts. With My Joy the director began a period of seamlessly toggling between narrative film and documentary, a gift few but the great Werner Herzog possess. With Donbass, Loznitsa finds himself back on the narrative side of the fence, using the conflict pitting Ukrainian nationalists against supporters of the Russia-sponsored Donetsk People’s Republic in eastern Ukraine as a framework.

Through a series of startling vignettes, Donbass examines the caustic nature of armed conflict and the increasing indifference of a world overwhelmed by its own brutality. Loznitsa sees a world that is sinking deeper into the morass of moral decline, as humankind finds itself in the precarious position of accepting each new low ebb in war, murder, injustice, inhumanity, etc. with a sense of helplessness, a shrug, and a flick of the thumb across a social media feed. In fashioning a scathing indictment of a post-truth world and the moral ambiguity it necessarily propagates—a theme the director returns to time and again in various works—he seems intent on sounding the alarms, hoping the world might wake from its collective slumber. (Scott Braid)