A timid dog groomer living in a poor suburb sells cocaine on the side and stays out of trouble, while trying to deal with his unstable, violent acquaintance who is a menace to the whole neighborhood. 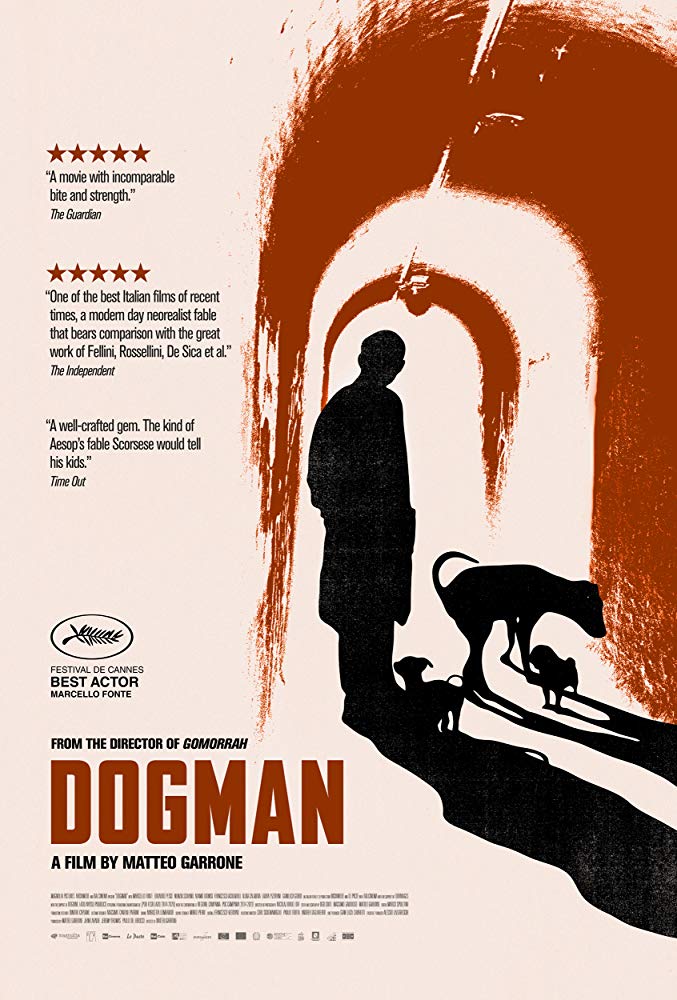 Language: In Italian with English subtitles

In a seaside village on the outskirts of an Italian city, where the only law seems to be survival of the fittest, Marcello is a slight, mild-mannered man who divides his days between working at his modest dog grooming salon, caring for his daughter Alida, and being coerced into the petty criminal schemes of the local bully Simoncino, an ex-boxer who terrorizes the neighborhood. When Simoncino’s abuse finally brings Marcello to a breaking point, he decides to stand up for his own dignity through an act of vengeance, with unintended consequences.

“Dogman is an intense viewing experience, one that will have audiences gripping their armrests with its frighteningly real portrayal of a good man tempted by the devil”
— Deborah Young, The Hollywood Reporter

“A movie with incomparable bite and strength.”
— Peter Bradshaw, The Guardian

“One of the best Italian films of recent times, a modern day neorealist fable that bears comparison with the great work of Fellini, Rossellini, De Sica, et al.”
— Geoffrey Macnab, The Independent