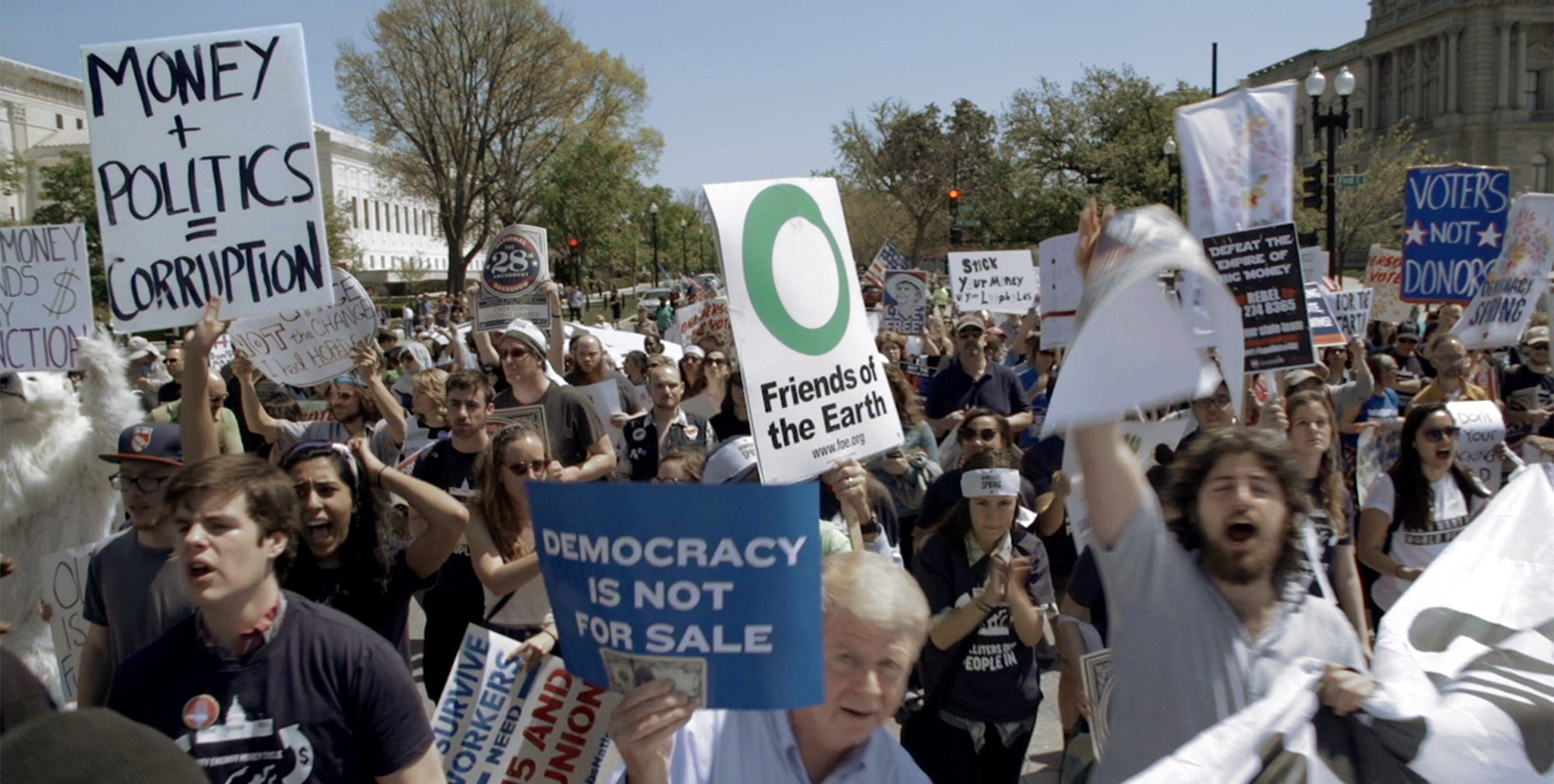 Join us on Tuesday July 31st following the 7pm screening for a special panel discussion on the film and local advocacy work for campaign finance reform and fair elections, moderated by David Zurawik, media critic at The Baltimore Sun.

Susan Ogden, Vice President of Get Money Out – Maryland

Susan Ogden lives in Takoma Park, MD. She worked as a teacher, corporate consultant and child welfare advocate until retiring in 2014. Get Money Out-MD, and their national partner Wolf-PAC, are seeking Maryland’s participation in calls for a convention of the states to propose an amendment to overturn Citizens United and reform our broken campaign finance system.

Get Money Out-MD – Working in Maryland so that all citizens have equal access to the ballot and an equal say in governance. An all-volunteer force of citizens demanding full voting rights for every citizen and fair regulation of money in politics. Constitutional rights are for human beings only.

The LWV’s Volunteer Lobby Corps lobbies US Congress on behalf of the League to discuss key LWV positions with Congressional representatives and staff on current and upcoming legislation, including voting rights, campaign finance reform, health and environmental issues.

The League of Women Voters – A nonpartisan political organization, encourages informed and active participation in government, works to increase understanding of major public policy issues, and influences public policy through education and advocacy.

Lois Hybl, Vice President for Action on the State Board and President of the Baltimore City League of Women Voters

Lois joined the League of Women Voters in Iowa in the 1960s. She has a background in education as a research assistant at John’s Hopkins University and a reading curriculum specialist with Success for All.

Represent Maryland works to build non-partisan grassroots power for the people by passing local legislation based off of the American Anti-Corruption Act. The Maryland chapter branched off of the national Represent.Us organization. Demnowicz is on the outreach team for the coalition behind Baltimore’s Fair Election Fund, is part of the Baltimore Committee for Accountability and Transparency, and is actively supporting the Transparency in Lobbying bill.

Dark Money, a political thriller, examines one of the greatest present threats to American democracy: the influence of untraceable corporate money on our elections and elected officials. The film takes viewers to Montana — a frontline in the fight to preserve fair elections nationwide — to follow an intrepid local journalist working to expose the real-life impacts of the US Supreme Court’s Citizens United decision.

Through this gripping story, Dark Money uncovers the shocking and vital truth of how American elections are bought and sold. This Sundance award-winning documentary is directed/produced by Kimberly Reed (Prodigal Sons) and produced by Katy Chevigny (E-Team).

“Potent! A rather harrowing portrait of democracy under threat, even if ultimately there is hope.” — Dennis Harvey, Variety