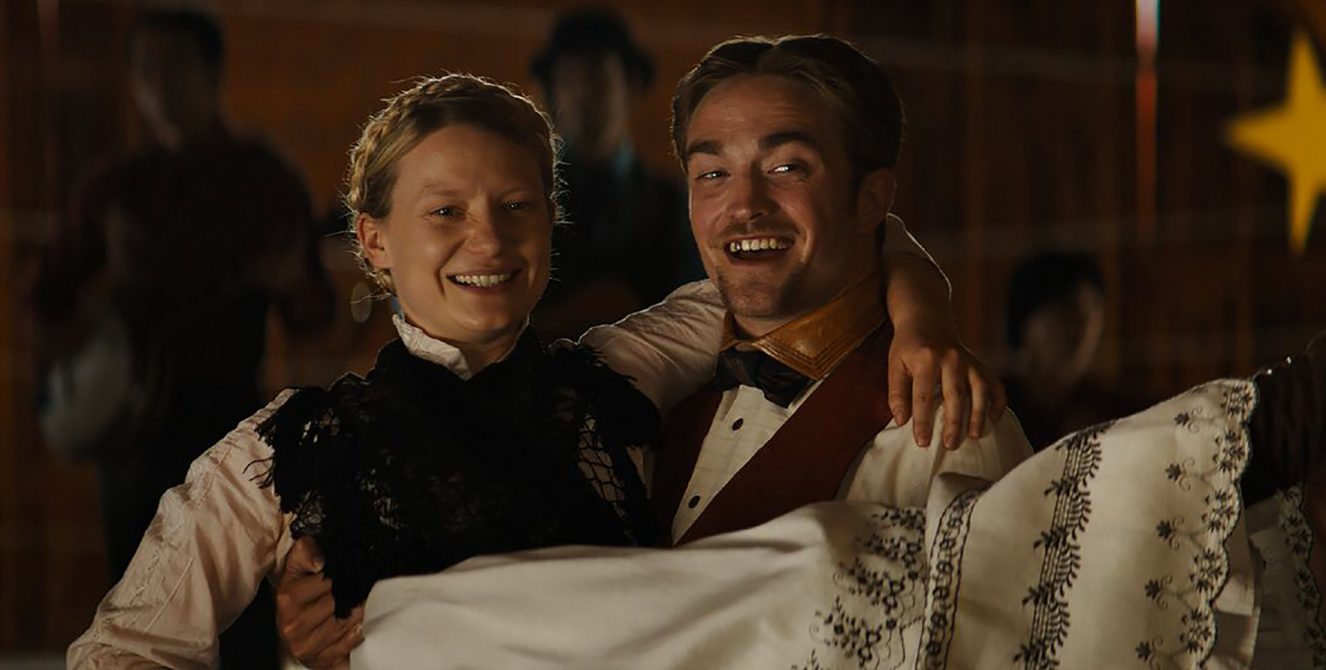 The Zellner Brothers are no strangers to MdFF audiences, having brought their lively and offbeat body of work to our screens numerous times over the last decade-plus of the festival’s history. Their unique approach to storytelling and quirky sense of humor are the driving force behind such MdFF classics as 2008’s Goliath, 2012’s Kid-Thing and 2014’s Kumiko, Treasure Hunter. Damsel, their latest dark charmer which premiered at Sundance 2018, is another precious gift from this remarkable duo; another chance to ride along with the idiosyncratic characters of the Zellner’s wild cinematic universe.

Samuel (Rob Pattinson), a handsome young traveler enlists the help of tippler, Parson Henry (played by co-director David Zellner, who is “ordained” during an unforgettable cameo scene with the great Robert Forster) to save his beloved Penelope (the fierce and fantastic Mia Wasikowska) from her kidnapper. While this may seem like the perfect set-up for a classic Western revenge yarn, that just wouldn’t be the Zellner way. The brothers are much more interested in asking bigger questions and exposing the inner workings of their characters than they are in any conventional shoot ‘em up.

Damsel is a distinctly postmodern parable, a feminist Western that loads a simple genre framework with big ideas about human relations, most particularly a timely critique of the way men relate to women. Damsel is chock full of surprising plot twists, character revelations, and a heaping dose of dark, offbeat humor that is such a big part of the Zellner’s wonderful stock-in-trade. (Scott Braid)