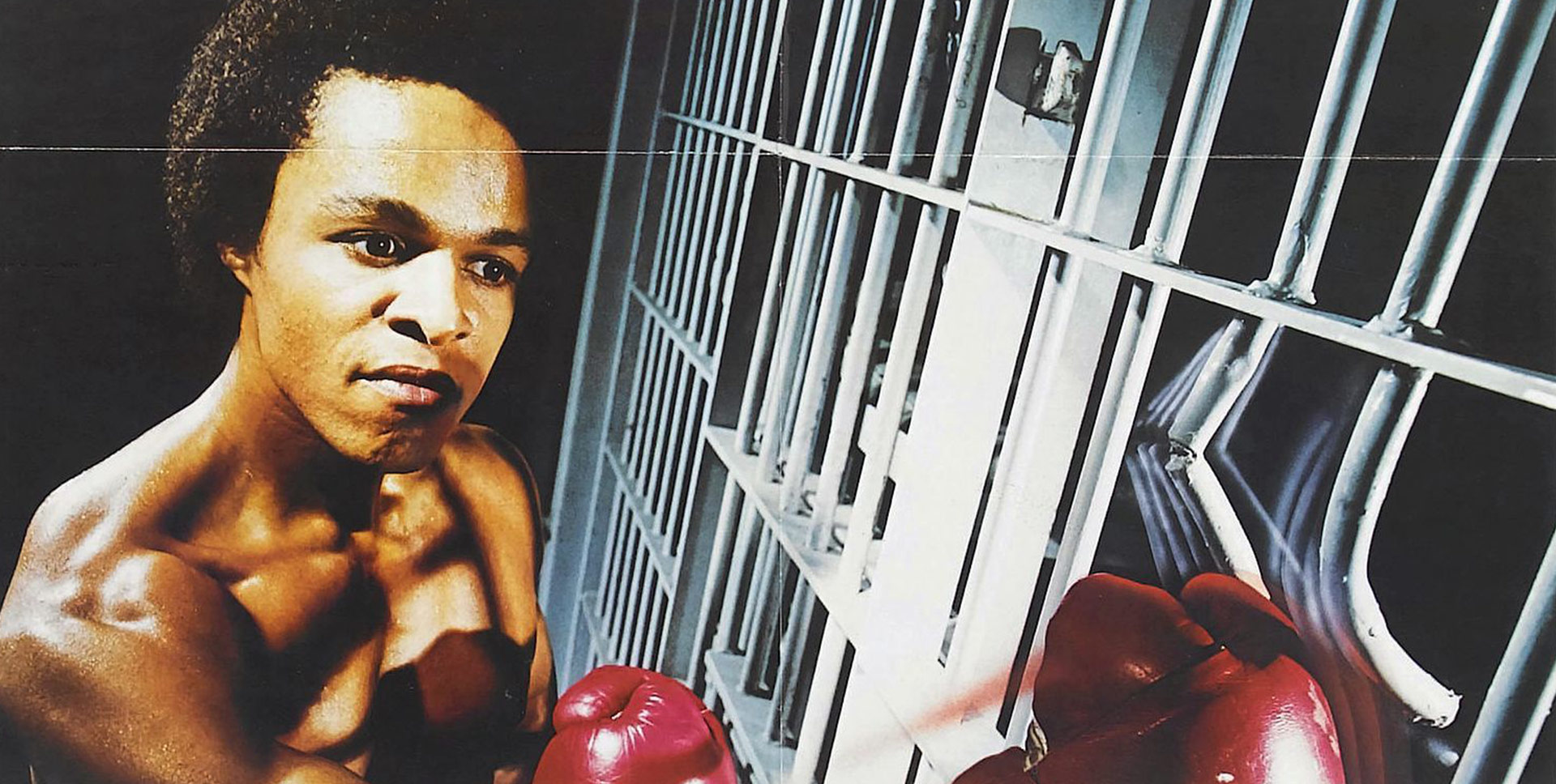 Leon Isaac Kennedy stars as Martel “Too Sweet” Gordone who, after unwittingly getting involved with a prostitute and attempting to save her from being assaulted by a racist John, finds himself charged with a murder he didn’t commit. Locked up in the state pen, Martel fends for himself among hardened criminals, until he’s introduced to the underground and lucrative world of in-prison boxing…

“What makes Penitentiary more than just a campy curio or genre diversion is the powerful subtext Fanaka has placed underneath the fight. Seeing black men attempt to claim ownership of one another’s bodies in a system that controls those bodies with brutality is pretty heady stuff. Fanaka doesn’t beat us over the head with slavery metaphors the way some of his L.A. Rebellion brethren and sistren would, but the echoes of that inhumane institution are inescapable in the film…

“It is one thing to make an art film that raises questions of slavery’s legacy directly and in no uncertain terms, but Penitentiary follows a different path. Like Nicholas Ray or Vincente Minelli, Fanaka has put this social critique inside his entertaining film like gasoline in a car. It powers the film, but if you wish to simply enjoy the ride rather than consider its internal combustion, that is your choice. Sadly, the smoothness of the ride may lead many to undervalue the driver.” — Shadow and Act