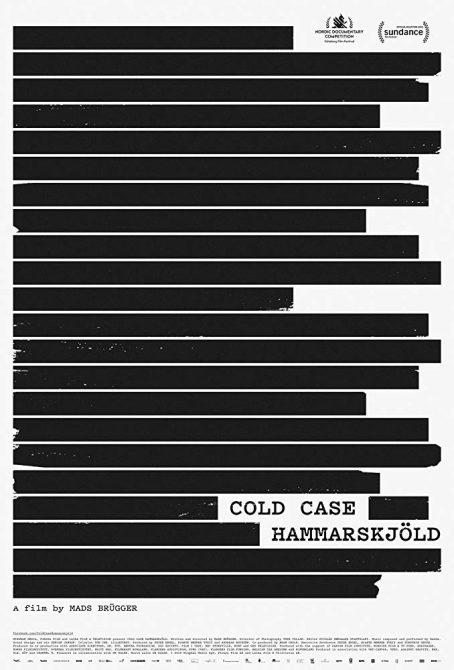 While the mysterious death of UN Secretary-General Dag Hammarskjöld is the purported subject of this enthralling documentary, the film actually revolves around the unconventional approach and surprise findings of its maker: Danish enfant terrible, Mads Brügger. Together, Brügger and Swedish private investigator Göran Björkdahl travel to Zambia to investigate the theory that the 1961 plane crash that killed Hammarskjöld was, in fact, an assassination. When the pair is forced to broaden their course of inquiry, Brügger and his film get reflexive, resulting in a true-crime roller coaster that’s as captivating and formally whimsical as it is culturally devastating.

In his hotel room turned makeshift office in the Congo, Brügger dictates chapter by chapter the story of his documentary to a local secretary for hire. She sits at a clunky typewriter, poking away at the keys, as he recounts the theory that Hammarskjöld’s plane was shot down by those who felt threatened by his advocacy for decolonization in Africa. Brügger stops occasionally, sometimes losing track after digression, sometimes asking for his secretary’s opinion, sometimes deciding to head in a different direction entirely, but always building toward a deconstruction of the appeal of the conspiracy genre. So when one investigative lead dries up, another blossoms, and the director’s freewheeling movement between them toys with our hunger for twists, whilst delivering on the promise of revelations.

Within the true crime genre, Cold Case succeeds at a level known more popularly to the world of podcasts than to cinema because of the stylized narration that takes centerstage (avoiding comparisons to Herzog, as the overlap is merely their gonzo journalist style). Brügger becomes an obsessive and persuasive storyteller like those on Serial, S-Town, or You Must Remember This. Cold Case is crucially cinematic though, which the director reminds us every step of the way. Whether he’s searching for half-century-old fragments from the crash with a consumer metal detector or casually challenging a possible assassin face-to-face, Brügger delivers an unexpectedly p

« Boy Howdy! The Story of Creem Magazine
Decade of Fire »