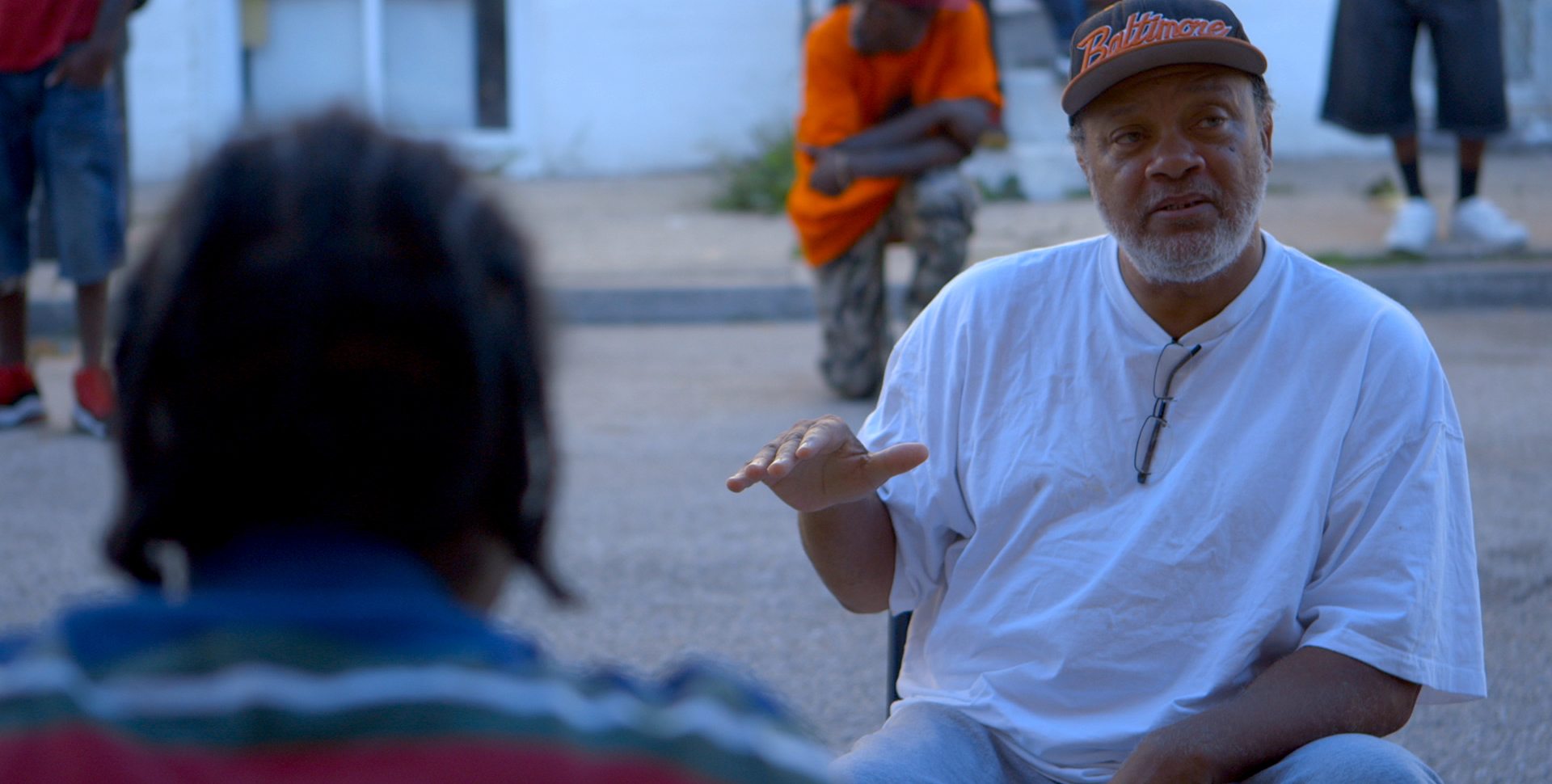 If you’re from Baltimore, it will be impossible for you to watch Charm City without having a strong reaction. The film, started before Freddie Gray and continuing afterward, takes an observational cinema vérité approach to life, and death, on the streets of Baltimore.

In East Baltimore, the camera watches as Mr. C and his team at the Rose Street Community Center take the care and safety of their community into their own hands. The Community Center volunteers work diligently and persistently each day to support each other and their block in the face of a system and infrastructure that seems to have abandoned them. In South Baltimore, the camera watches as officers like Captain Monique Brown, a 16-year veteran of the Baltimore Police Department, make their rounds. The camera watches as politicians, like Councilman Brandon Scott, challenge the status quo in attempts to make some kind of systematic change. The camera watches as citizens, police, and government officials navigate the fault lines of the complicated issues facing the city.

Director Marilyn Ness and her team construct the Charm City narrative in such a way that the diverse and often conflicting stories the camera has captured can interact on their own terms. That is to say, the documentary is not a thesis statement about police violence and systematic oppression in Baltimore (and by extension nationwide) but rather it is a patchwork of realities on display for the audience to negotiate and engage with as it sees fit. (Keisha Nicole Knight)