Castaway on the Moon

A failed suicide attempt leads a heartbroken man to live a life in the wilderness. 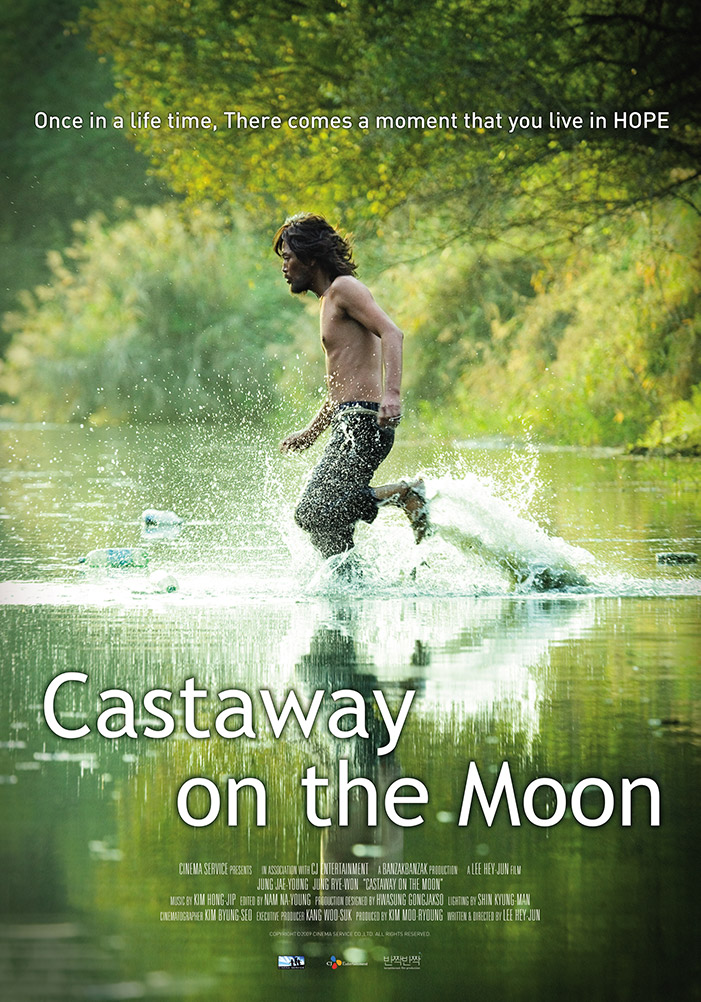 Castaway on the Moon

Presented by: The Korean Cultural Center in Washington DC

The Korean Cultural Center in Washington, DC and the SNF Parkway co-present Castaway on the Moon for FREE! Light Korean Food will be provided at 6:30 PM, before the film is screened.

Mr. Kim is jobless, lost in debt and has been dumped by his girlfriend. He decides to end it all by jumping into the Han River — only to find himself washed up on a small, mid-river island. He soon abandons thoughts of suicide or rescue and begins a new life as a castaway. His antics catch the attention of a young woman whose apartment overlooks the river. Her discovery changes both their lives.

“A beautifully shaped screenplay… A smart idea morphs into much, much more, and in touching, unexpected ways.”
— Derek Elley, Variety