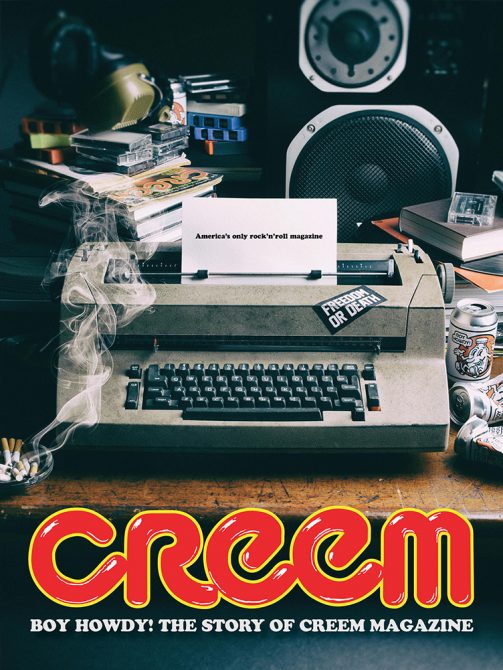 Scott Crawford has spent much of his life documenting indie culture. He launched Harp Magazine in 2001 and served as EIC for 7 years. His critically acclaimed debut doc, Salad Days: A Decade of Punk in Washington, DC, ranked in the Top 50 IMDB docs for 2015, was named Dazed & Confused Mag’s #1 doc of 2015, and won multiple festival awards.

Detroit, 1969: the “Music Capital of the World.” It was a perfect time and place for writers who cared desperately about music to start an underground magazine devoted to the rock ‘n’ roll explosion. This effervescent film, directed by Scott Crawford, tells the story of Creem during the heydays of the 70s and 80s when the staff called themselves “America’s Only Rock ‘n’ Roll Magazine”—unfiltered and unapologetic. The dedicated, talented, crazy crew of Creem journalists, led by Barry Kramer, founder and publisher, were ready to challenge propriety and the mainstream conventions expected of music critics at that time. Barry and his wife, Connie, led notorious rock critic Lester Bangs, editor Dave Marsh, writer Jaan Uhelszki, and the rest of the raucous newsroom crew, taking Creem from the Motor City underground to a national powerhouse second only to Rolling Stone.

Creem, named and re-spelled from favorite band, Cream, had a mascot designed by famed artist R. Crumb, of a milk jar with a smiling face and expressive arms and legs, shouting “Boy Howdy.” The writers saw their mascot as an exclamation of excitement—and excited they were for nearly two decades of unforgettable publishing. Using a mixture of archival footage and newly discovered videos found in Connie Kramer’s house, that excitement bursts forth in this totally fun documentary that will transport you back to those wild times—the music, the clothes, the parties, the communal living, and the drugs. New interviews with some of the remaining staff, personalities and legendary musicians like Alice Cooper, Peter Wolf, MC5, Kiss, R.E.M., Metallica, Red Hot Chili Peppers, and more, help bring the Creem story to life.

This rock-magazine-documentary, created by a popular Kickstarter campaign, tells a fascinating story of the early days of big rock and one of its most important print media outlets. As Variety’s Dennis Harvey noted, “This compact, well-crafted documentary will no doubt make viewers comb eBay and garage sale print stacks for all the old Creem issues they can find.” (Amy Grace)