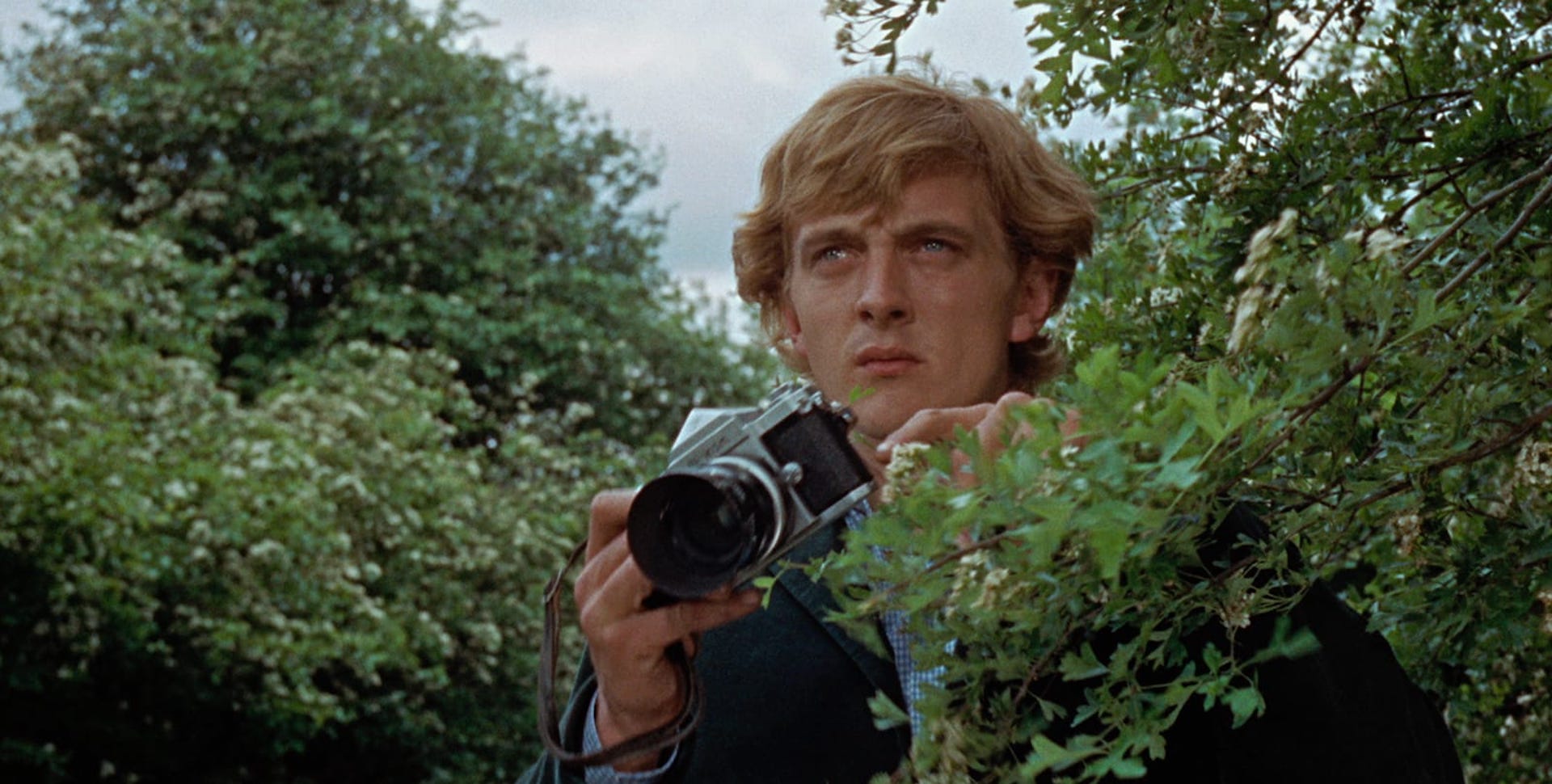 About the 1968 ON FILM series: 1968, a year of global protest and revolution, galvanized audiences for movies that reflected their changing world. The film-makers of the era rose to that challenge, producing remarkable documents of the times that upended cinematic traditions with bold new forms and innovative content. This series presents some landmark films from 1968, in company with a few that paved the way and others that look back with admiration, nostalgia, and regret for what we gained and what we lost in that transformative year. Hosted by Laura Di Bianco, Assistant Professor of Italian at Johns Hopkins University. Presented by the Johns Hopkins Film and Media Studies Program. _______________________________________________________________________________________________ In 1966, Michelangelo Antonioni transplanted his existentialist ennui to the streets of swinging London for this international sensation, the Italian filmmaker’s first English-language feature. A countercultural masterpiece about the act of seeing and the art of image making, Blow-Up takes the form of a psychological mystery, starring David Hemmings as a fashion photographer who unknowingly captures a death on film after following two lovers in a park. Antonioni’s meticulous aesthetic control and intoxicating color palette breathe life into every frame, and the jazzy sounds of Herbie Hancock, a beautifully evasive performance by Vanessa Redgrave, and a cameo by the Yardbirds make the film a transporting time capsule from a bygone era. Blow-Up is a seductive immersion into creative passion, and a brilliant film by one of cinema’s greatest artists.

4/4 Stars: “Whether there was a murder isn't the point. The film is about a character mired in ennui and distaste, who is roused by his photographs into something approaching passion.” — Roger Ebert, Chicago Sun-Times