During their Christmas break, a group of sorority girls are stalked by a stranger. If this picture doesn't make your skin crawl… it's on TOO TIGHT. 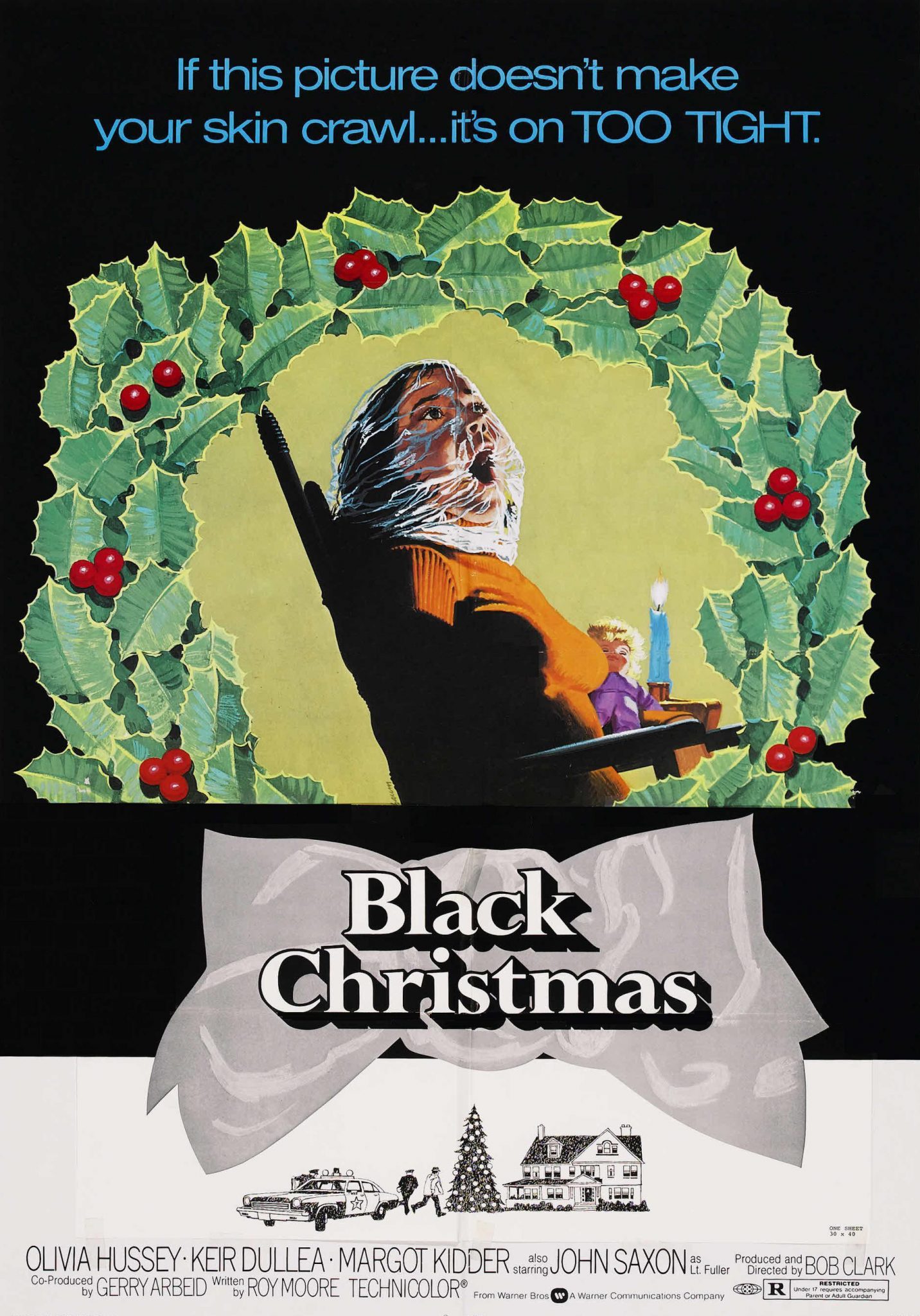 As winter break begins, a group of sorority sisters, including Jess (Olivia Hussey) and the often inebriated Barb (Margot Kidder), begin to receive anonymous, lascivious phone calls. Initially, Barb eggs the caller on, but stops when he responds threateningly. Soon, Barb’s friend Clare (Lynne Griffin) disappears, prompting them to contact the police, who don’t express much concern. When a 13-year-old girl is found dead in the park, the police finally begin to worry. They set up a wiretap to the sorority house, but will they be in time to prevent a sorority girl attrition problem?

Helmed by genre journeyman and A Christmas Story director Bob Clark, Black Christmas is a celebrated early slasher that — in being admired by John Carpenter — laid the groundwork for the soon to follow Halloween. That latter film may have even been Clark’s idea for a Black Christmas sequel in the first place… Obviously, now seems like a good time to revisit the original.

“Just as impressive as Clark’s technical acumen are the performances he gets from an excellent ensemble cast.”
— Nick Pinkerton, Artforum

“Clark takes the time and trouble to establish his location and fully flesh out his characters before bumping them off. What’s more, these characters are refreshingly complex individuals who do and say unexpected things.”
— Budd Wilkins, Slant