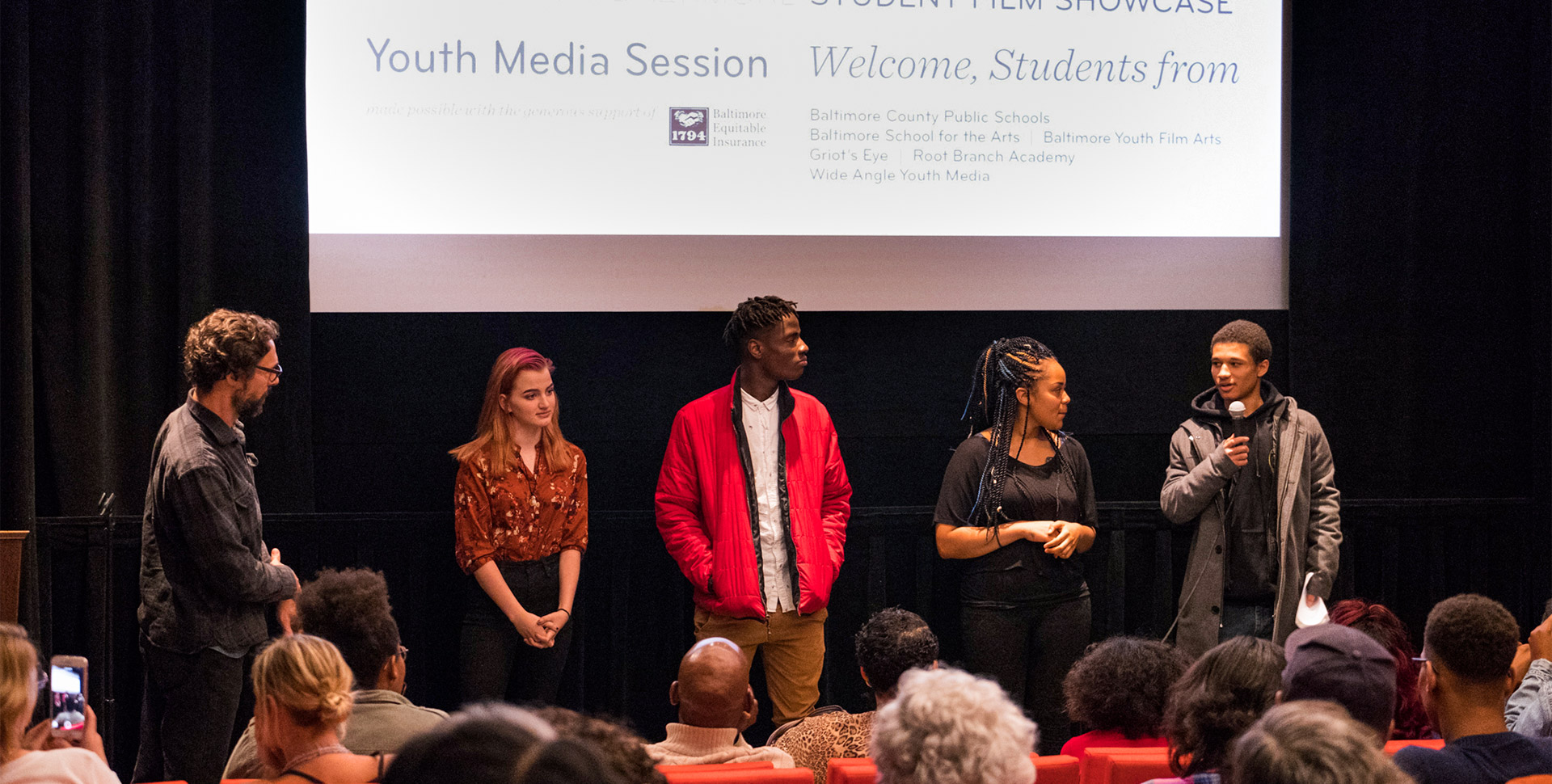 In partnership with Artscape Youth Day on Friday, July 20th at 3pm, MdFF will present the best film and video works by Baltimore area elementary, middle, and high school students!

The Baltimore Youth Media Showcase is a celebration of student-produced film and video works from youth producers in and around the greater Baltimore area, representing academic and extra-curricular programs from:

The showcase will take place in the SNF Parkway’s main historic auditorium and will be FREE and open to the public! Bring your friends, family, and schoolmates to enjoy short films, PSAs, music videos, documentaries, animations and more, all created by Baltimore-area students!