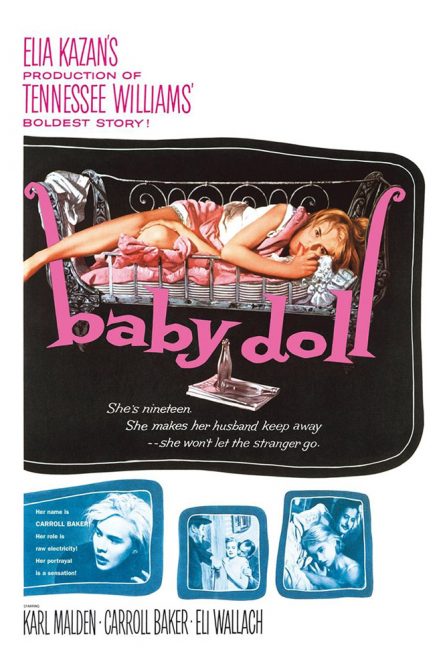 Director Elia Kazan’s 1956 take on Tennessee Williams’ ribald tale of a Mississippi child bride and the two men who lust after her was scandalous in its time, and is still steamy today.

Times are tough for cotton-miller Archie (Karl Malden) but at least he has his child-bride (Carroll Baker), who’ll soon be his wife in title and truth. The one-year agreement keeping them under the same roof—yet never in the same bed—is about to end. But a game with a sly business rival (Eli Wallach) is about to begin.

“It still remains as sexually charged, perversely interesting and psychologically complex as it did then. It’s also incredibly funny, superbly acted and weirdly beautiful. Though somewhat, inexplicably forgotten through time, Baby Doll is one of Kazan’s greatest accomplishments — a masterpiece that stands on equal footing with Streetcar and Waterfront.”
— Kim Morgan, Sunset Gun

“[A] droll and engrossing carnal comedy… This must be the only movie ever made in which the heroine invites a man into her crib.”
— Pauline Kael, The New Yorker

“One of Elia Kazan’s most underrated movies is his only pure comedy”
— Jonathan Rosenbaum, The Chicago Reader 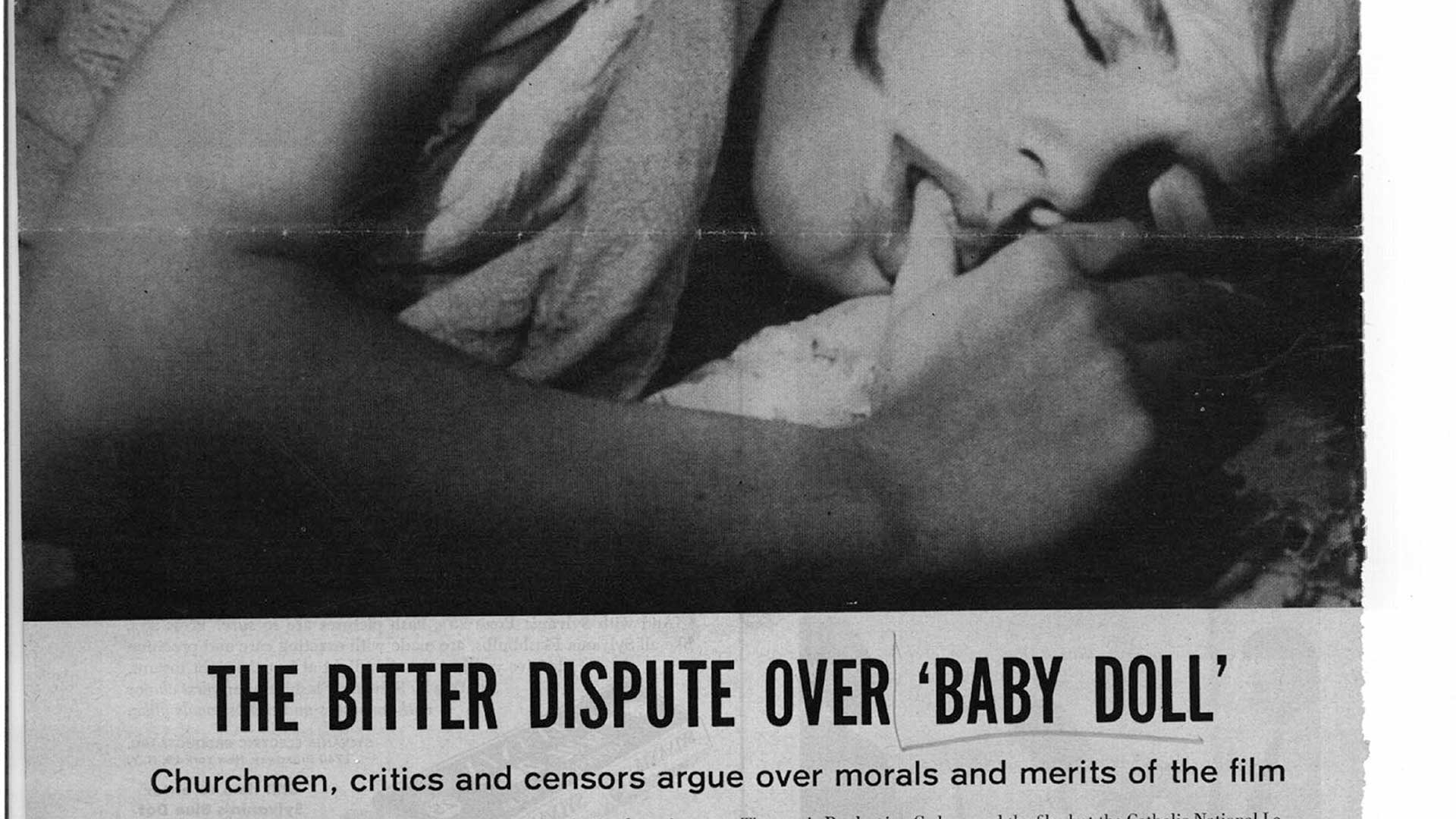 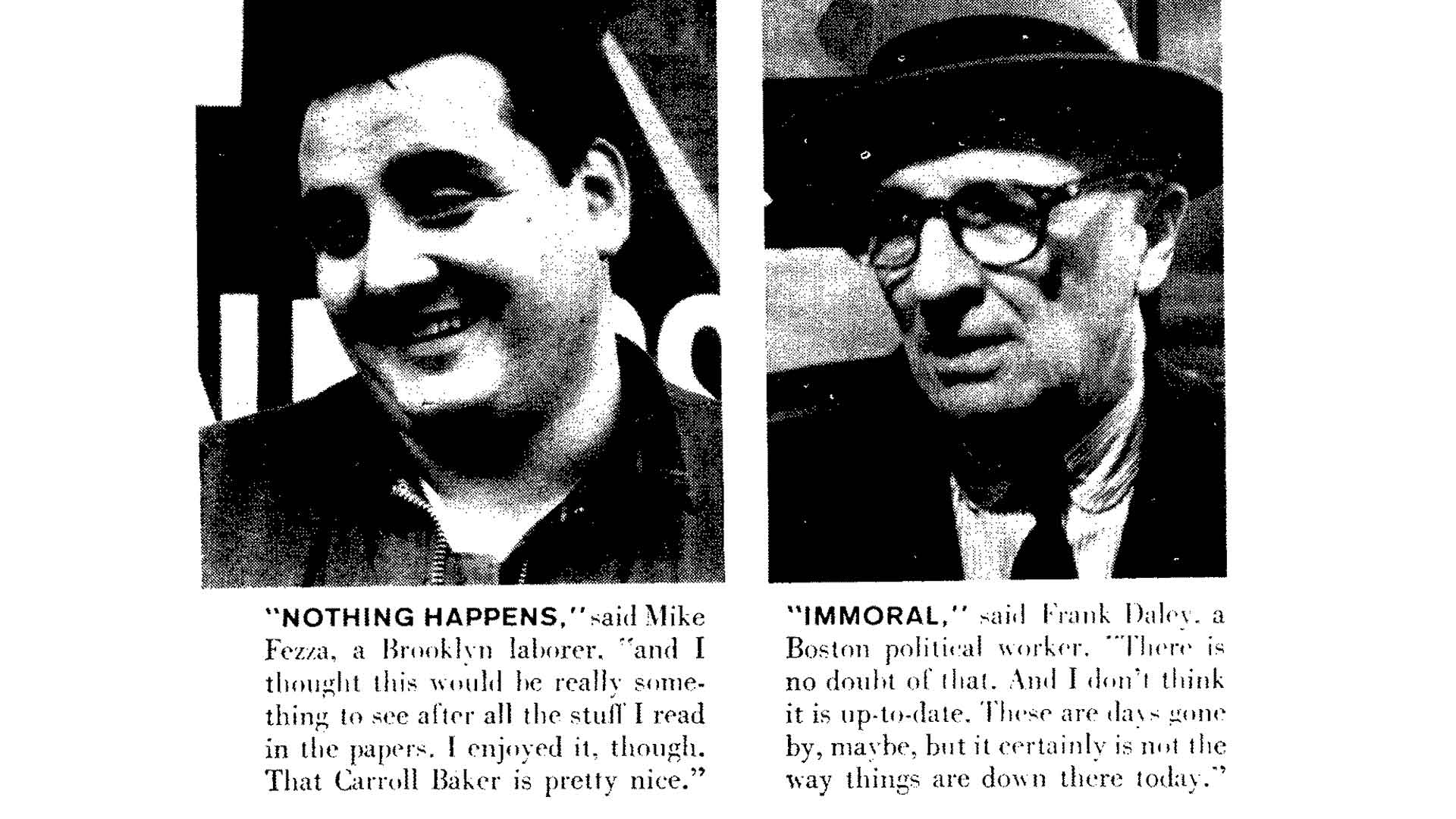