Musician Alex sets off to an island to find his ancestral home with only childhood memories as his navigational system. 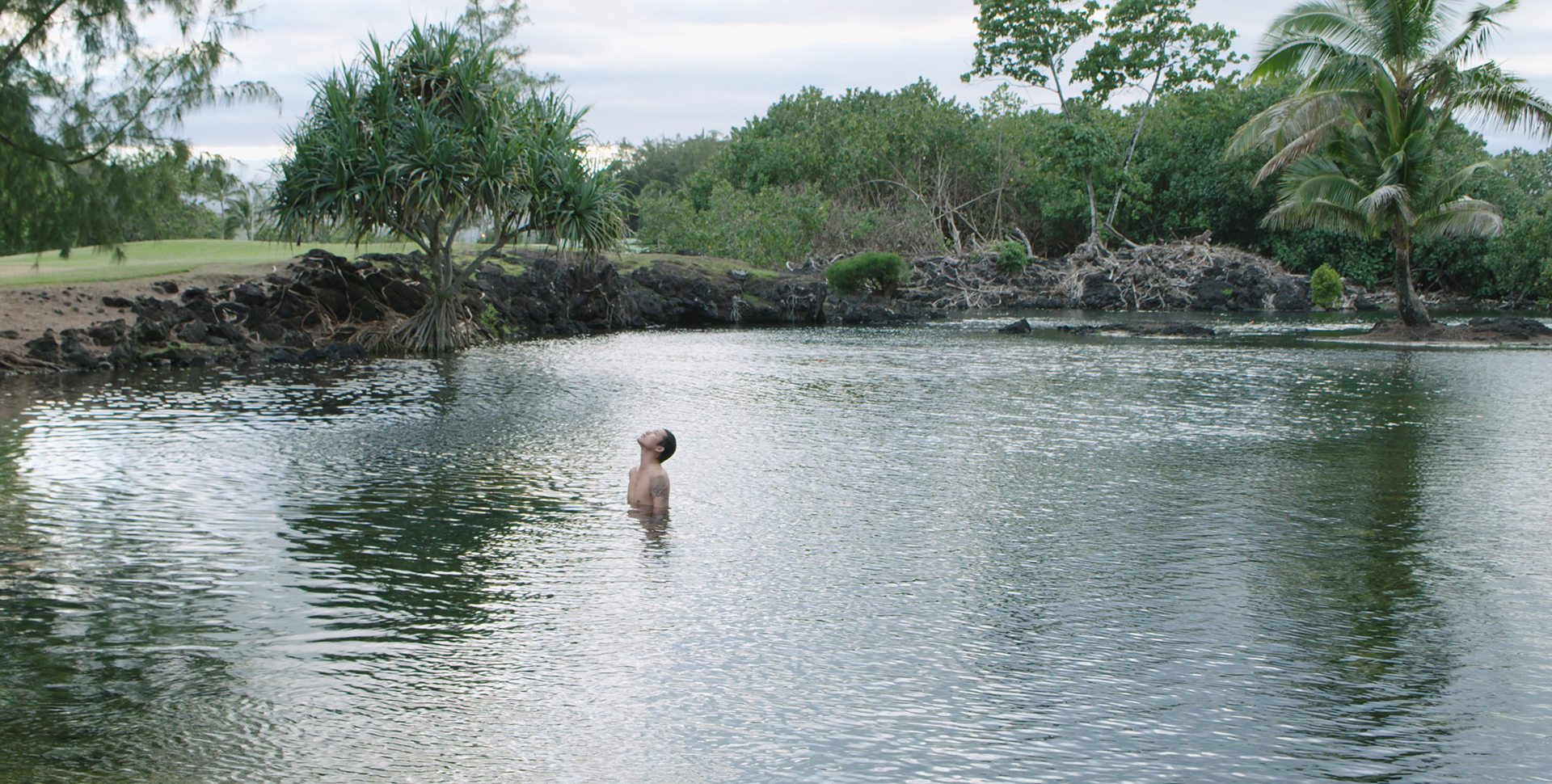 If Charles Burnett’s Killer of Sheep and Maya Deren’s Meshes of the Afternoon had a love child inside of a Wong Kar Wai film, it might feel something like Christopher Makoto Yogi’s first feature, August at Akiko’s. Have no doubt about it, this is a mystical film. It is a film that lives in the seams between dream, reality, and memory with a time-signature all its own.

Armed with just his suitcase and a sax, cosmopolitan musician Alex Zhang Hungtai (Dirty Beaches, Last Lizard) returns home to the Big Island of Hawai’i having been away for nearly a decade. Amidst possessed sax solos and brooding strolls, Alex stumbles upon a Buddhist bed & breakfast run by an older woman named Akiko (Akiko Masuda). Hungtai’s wild sax and Akiko’s Buddhist bells form the base for a rich soundtrack that wraps around the audience like a sonic web surrounding the unexpected new friendship.

Though Yogi took a very visceral and intuitive approach to the production of August at Akiko’s, the film is deeply informed by his sustained meditations on cinema as cultural memory and the Hollywood erasure of the local Hawaiian voice. However, as an intervention into cinematic experience, August at Akiko’s does not set itself in opposition, but rather sets itself apart. There is a quest for healing love, a quest to make sense of losses and transitions, big and small, manmade and earth-made, that courses through the film. August at Akiko’s offers up not just a visual product but a porous skin through which we may, if we allow ourselves to, get a tingly feeling as we experience the expansive flow of Big Island time. (Keisha Nicole Knight)