A group of unpaid laborers escape Dakar in search of a better life and disappear at sea, only to return as spirits and haunt their loved ones. 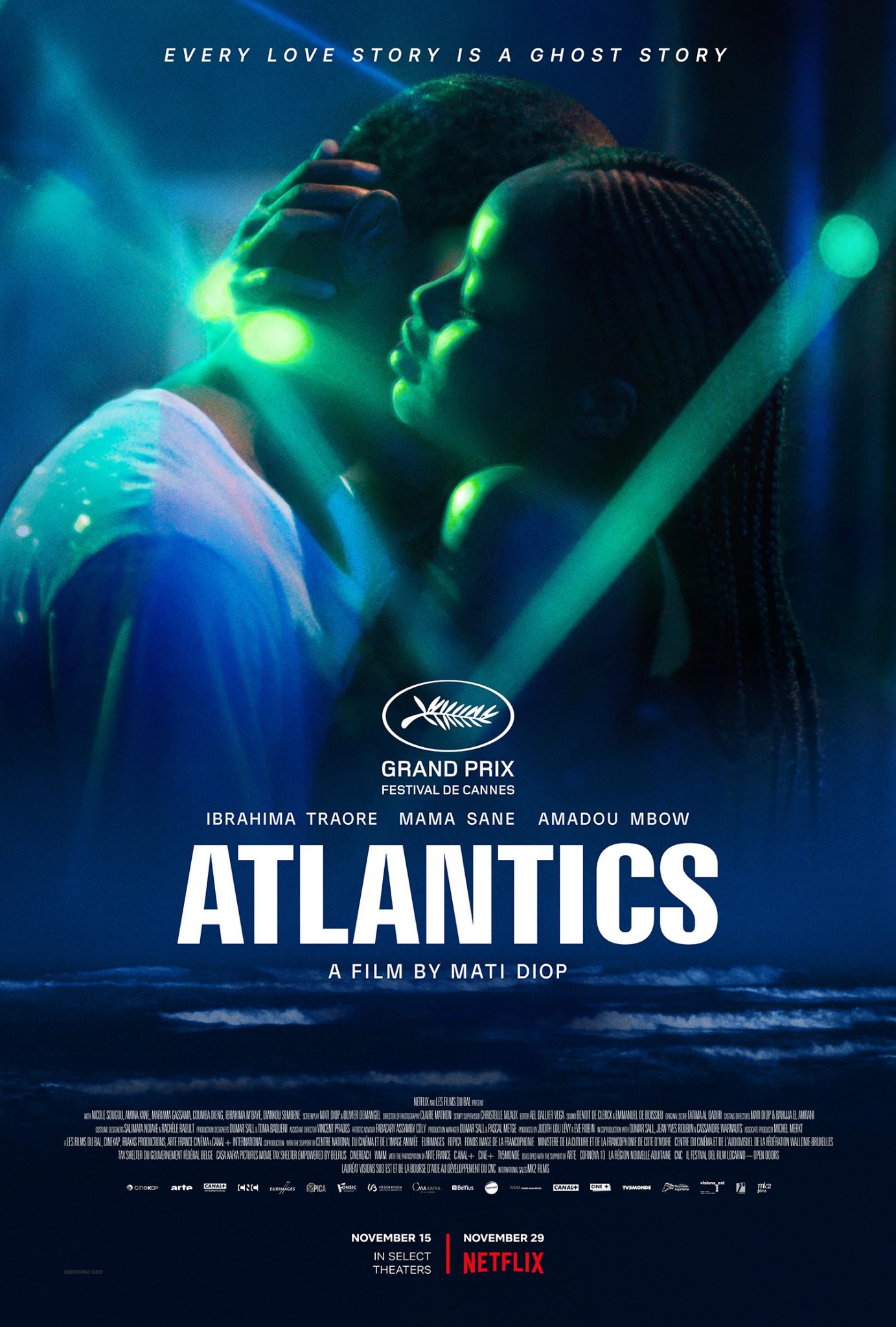 After a group of unpaid construction workers disappears at sea one night in search of a better life abroad, the women they have left behind in Dakar are overwhelmed with a mysterious fever. Ada, 17, secretly grieves for her love Souleiman, one of the departed workers, but she has been promised to another man. After a fire breaks out on her wedding night, a young policeman is sent to investigate the crime. Little does he know that the aggrieved workers have come back as haunting, possessive spirits. While many of them seek vengeance for their unpaid labor, Souleiman has come back for a different purpose – to be with his Ada one last time.

Winner of the Grand Prix at the 2019 Cannes Film Festival, ATLANTICS marks the feature narrative debut of director Mati Diop.

“Like the pounding waves that recur throughout, this is a vibrant and confident feature debut for the director, and her arrival on cinema’s shores signals big things ahead.”
– Zaki Hassan, San Francisco Chronicle

“The intense pleasure of Atlantics is not in the A-to-B storytelling, but in the poignant and painful emotions its filmmaking conjures. And in the realization that this is just the first scream of an intensely curious and essential cinematic voice.”
– Barry Hertz, Globe and Mail

“Dreamy yet sensual, fantastical yet rooted in uncomfortable facts, Diop’s beguiling film may even have reinvented a genre.”
– Nicholas Barber, BBC