The most popular film by Robert Downey Sr. is this offbeat classic about the antics that ensue after Putney Swope, the token black man on the board of a Madison Avenue advertising agency, is inadvertently elected chairman. 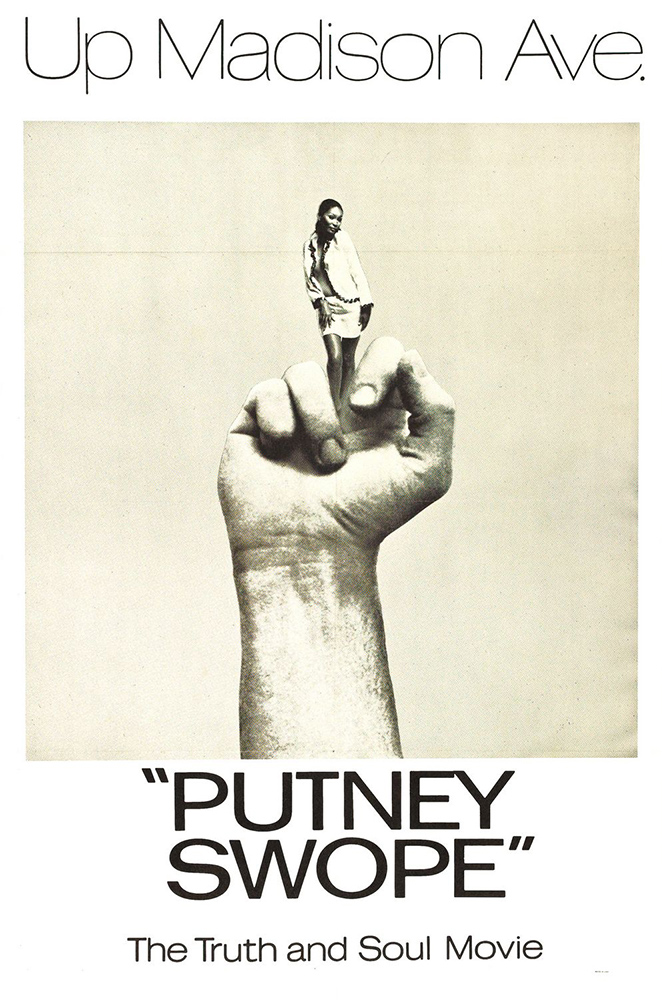 Join us in celebrating Art House Theater Day as we bring the 2014 Maryland Film Festival selection Putney Swope back to Baltimore with this 50th anniversary 4k restoration. On this special occasion, our member price is available to everyone, meaning tickets are just $8!

Putney Swope, the only African-American exec at his advertising firm, is unexpectedly elected its president and turns the industry on its ear through a series of outrageous, taboo-busting TV commercials (strewn throughout the film like comedic landmines.) As Swope becomes the Generalissimo of Madison Avenue, Downey takes no prisoners and skewers the entire political spectrum. Essential viewing.

Restoration by the Academy Film Archive and The Film Foundation, with funding provided by the George Lucas Family Foundation.

“Funny, sophomoric, brilliant, obscene, disjointed, marvelous, unintelligible and relevant. If anybody tries to improve it, they should be sentenced.”
— Vincent Canby, The New York Times

“A freewheeling sociopolitical satire… a cult classic that has gone from midnight-movie sensation to rental standby.”
— Michael Koresky, Criterion Collection

“I just think [Downey’s] one of our great American directors.”
— Paul Thomas Anderson