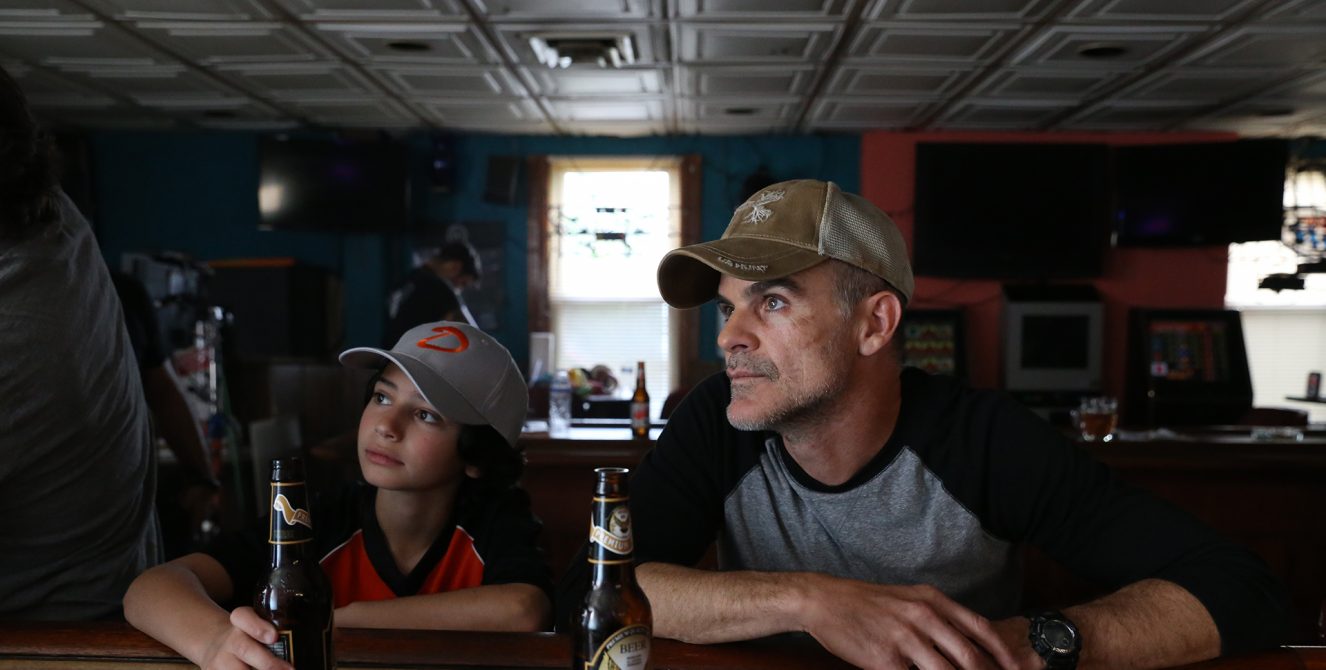 John Zbikowski has seen it all, and that’s not necessarily a good thing. A small town bookie who isn’t very capable of collecting debts, he’s also losing customers to the Internet. He installs drywall to have a legitimate source of funds and as one way to cover bad debts. He’s not cynical so much as wise; he’s learned that people like him don’t get much out of life and they’re likely to get hurt trying for more.

After reconnecting with an old flame and reluctantly getting involved with her young son, Brian, John helps the boy learn some of the fundamentals of baseball and masculinity. A promising baseball player in his youth, Zbikowski also begins to see real betting opportunities in Brian’s Little League games, given the intense parental emotion surrounding the sport. It works, for a while.

Michael Kelly, most recognizable for his portrayal of Doug Stamper in House of Cards, brings John Zbikowski to vibrant life with a beautifully layered, and subtly humorous, performance. Young Jesse Ray Sheps more than holds his own as Brian, and the rest of the cast includes wonderful actors like Josh Lucas, Pamela Adlon, Isiah Whitlock, Jr., and Harris Yulin. Timothy Brady’s script delivers bristling and often outrageously funny dialogue and director John Hyams and his team have skillfully portrayed a very real part of America that rarely makes it to the screen. All Square recently won the Narrative Spotlight Audience Award at SXSW. (Jed Dietz)

Closing Night ticket price includes access to the after-party in the Ynot Lot and Windup Space, catered by Blue Pit BBQ and Whiskey and Red Emma’s, with beverages sponsored by Union Craft Brewing.