In this powerful drama based on a true story, a down-on-his-luck taxi driver hired by a foreign journalist finds himself in a life-or-death struggle in the midst of the Gwanju Uprising. 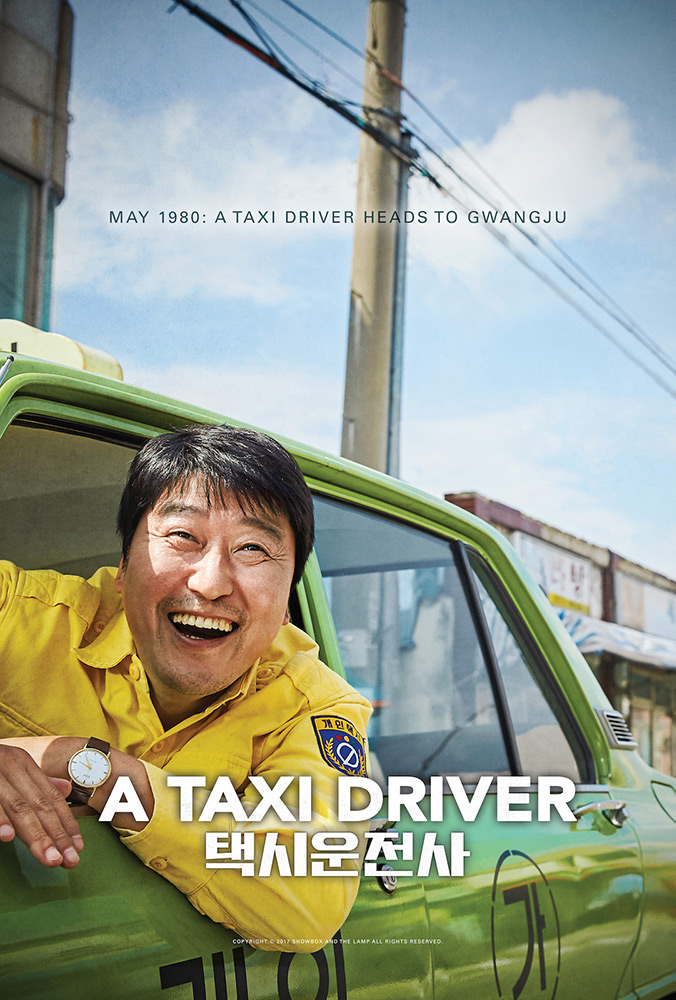 Language: In Korean and English with English Subtitles

Korean Cultural Center in Washington, DC and the SNF Parkway co-present A Taxi Driver for FREE! Light Korean Food will be provided at 6:30 PM, before the film is screened.

In this powerful true story set in 1980, a down-on-his-luck taxi driver from Seoul is hired by a foreign journalist who wants to go to the town of Gwangju for the day. They arrive to find a city under siege by the military government, with the citizens, led by a determined group of college students, rising up to demand freedom. What began as an easy fare becomes a life-or-death struggle in the midst of the Gwangju Uprising, a critical event in modern South Korea.

“An entertaining journey into a tragic and violent chapter of Korean modern history.”
— Maggie Lee, Variety

“A richly imagined tribute to a working-class hero.”
— Sheri Linden, The Hollywood Reporter