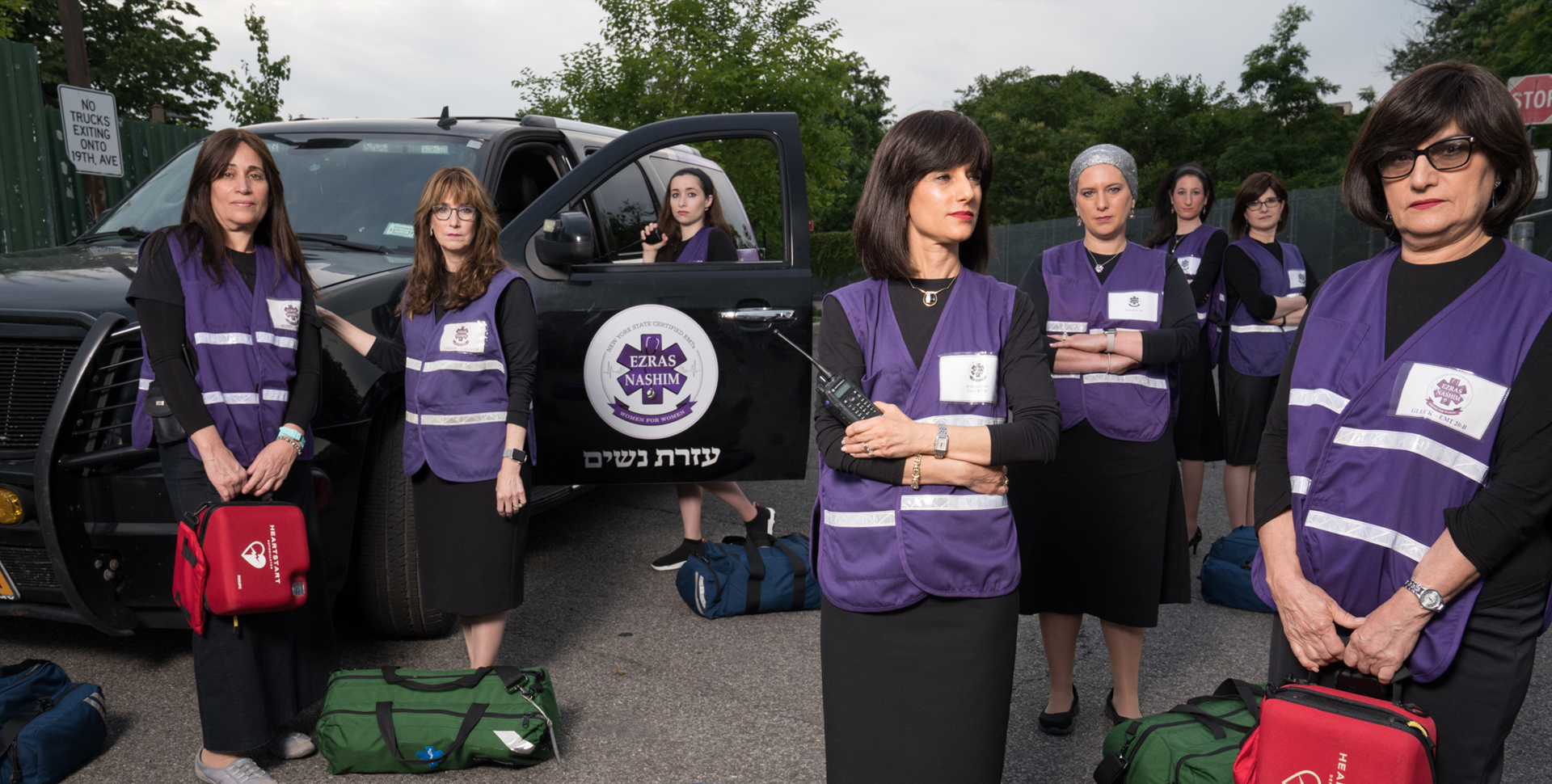 93QUEEN is set in the Hasidic enclave of Borough Park, Brooklyn, where EMS corps have long been the province of men. Though the neighborhood is home to the largest volunteer ambulance corps in the world known as Hatzolah, that organization has steadfastly banned women from its ranks.

A co-production with American Documentary | POV, INDEPENDENT TELEVISION SERVICE (ITVS), and SWR in collaboration with ARTE, 93QUEEN follows RACHEL “RUCHIE” FREIER, a no-nonsense Hasidic lawyer and mother of six who is determined to shake up the “boys club” in her Hasidic community by creating Ezras Nashim, the first all-female ambulance corps in NYC.

Now Ruchie and an engaging cast of dogged Hasidic women are risking their reputations—and, literally, the futures of their children—by taking matters into their own hands to provide dignified emergency medical care to the Hasidic women and girls of Borough Park.

With unprecedented and exclusive access, 93QUEEN follows the formation and launch of Ezras Nashim through the organization’s first year on the ground. The spine of the film observes the highs—and the lows—of creating an organization against incredible odds, as well as the women’s struggles to “have it all” as wives and mothers. In a society where most women don’t drive—and a few minutes can mean the difference between life and death—how do female EMTs transport themselves to the scene of an emergency? And how does Ezras Nashim combat a behemoth like Hatzolah, which possesses political clout not only in Borough Park, but throughout New York City?

In the midst of this already ground-breaking endeavor, Ruchie announces that she had decided to take her burgeoning feminism even further: She entered the race for civil court judge in Brooklyn’s 5th Municipal Court District.

So as to take down Ruchie (and, thus, Ezras Nashim) once and for all, Hatzolah joined forces with Brooklyn Democratic Party machine allies to put up a male Hasidic candidate to run against Ruchie. After a hard-fought and contentious election, Ruchie won the judgeship with 44% of the vote—becoming the first Hasidic woman elected to office in the United States.

Through it all, we see Ruchie & Co. grappling to balance their faith with their nascent feminism, even as they are confronted by the patriarchal attitudes that so dominate Hasidic society.  As Ruchie observes, while making dinner at 3 a.m. after a long Ezras Nashim shift, “I sometimes wonder why God created me a woman.  If I’d have been born a Hasidic man, I don’t think I would have half the problems I have.