Parkway Theatre is temporarily closed in response to the evolving situation with COVID-19. Learn More »
Shorts 365

Over 30 filmmakers and friends of Strand Releasing have come together to honor the company’s indelible contribution to independent cinema over the past thirty years. 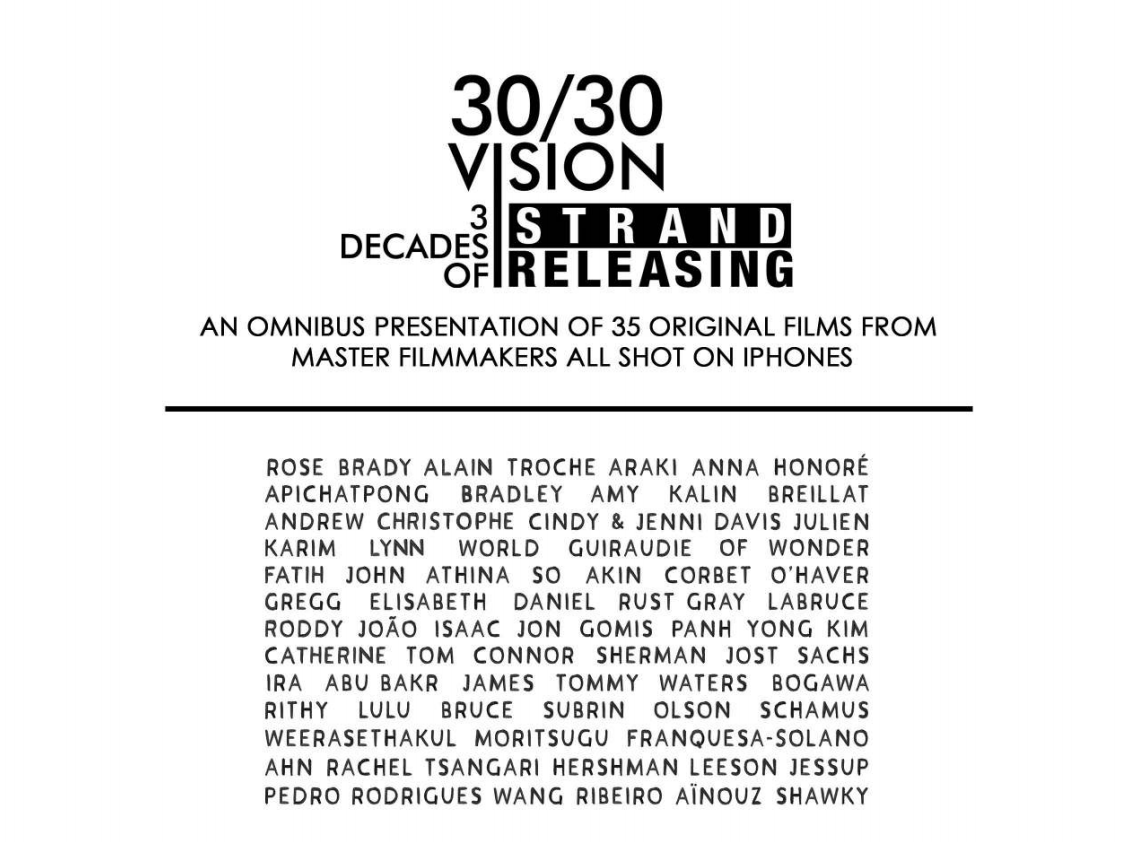 Frequent Parkway film distributor Strand Releasing celebrates its 30th Anniversary with a national tour of 30/30 VISION: THREE DECADES OF STRAND RELEASING. Over 30 filmmakers and friends of Strand Releasing have come together to honor the company’s indelible contribution to independent cinema over the past thirty years. The thirty participating filmmakers – including a moving postcard from Catherine Breillat, John Waters as “Lars von Queer,” Cindy Sherman playing with video effects at her dining room table, a hotel room portrait from Lulu Wang, expressive Apichatpong Weerasethakul and a curtain call from Isaac Julien – have each created a very short film for the project, all shot on iPhones. Having screened at art venues around the country (the Hammer Museum in Los Angeles, the Walker Museum of Art in Minneapolis and the Museum of Modern Art in New York, among others), the program was produced by Strand and filmmaker Connor Jessup. The shorts will be accompanied with Apichatpong Weerasethakul’s 2012 film, MEKONG RIVER, which shifts between fact and fiction as a film-maker rehearses a movie expressing the bonds between a vampiric mother and daughter. The program comes to the Parkway for three special screenings Friday 3/13 @ 7:30pm, Sunday 3/15 @ 4pm and Wednesday 3/18 @ 7:30pm

In its 30 years of existence, Strand Releasing has distributed the works of such highly esteemed and world-renowned filmmakers as Catherine Breillat, Lucrecia Martel, Apichatpong Weerasethakul, Fatih Akin, Ira Sachs, Pablo Trapero and Jacques Nolot – to name a few. Strand Releasing’s eclectic library reflects the visions of many acclaimed artists.