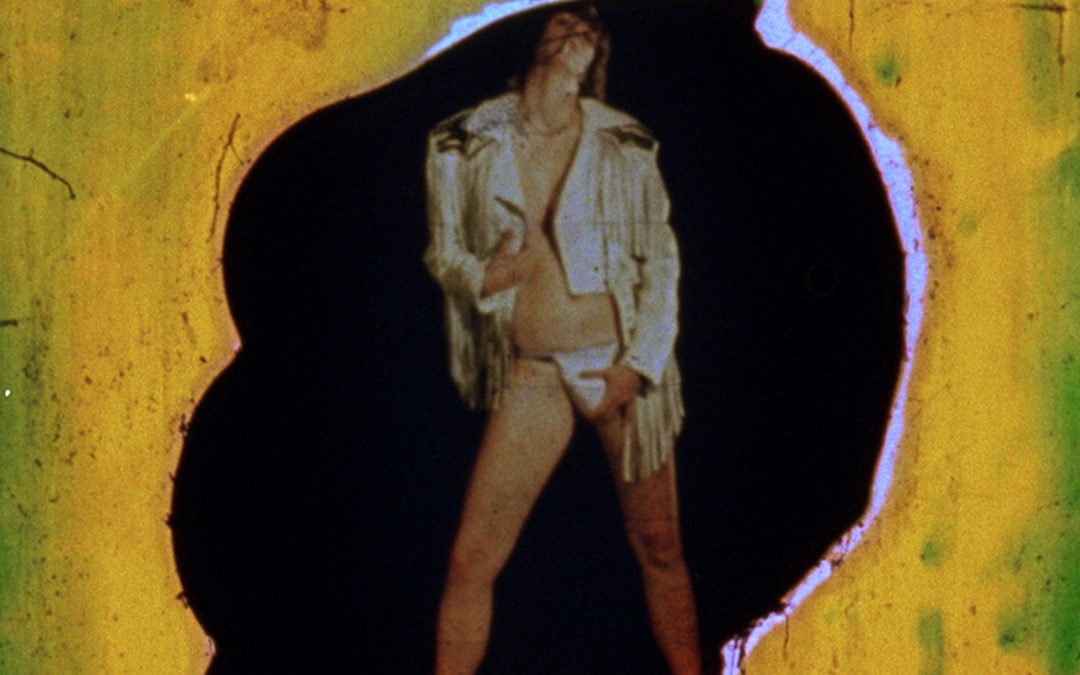 The SNF Parkway Theatre is excited to kick off our Breaking Codes emerging filmmaker series with Mariah Garnett, Los Angeles based filmmaker, artist, and performer. A program of our Shorts 365 year-round short film initiative, Breaking Codes presents filmmakers and artists who are redefining and pushing the boundaries of what we know as film.

Best known for her immersive film installations and her personalized, documentary-meets-interpretive-art style, Garnett has been filmmaking and creating for over a decade. Ahead of her Breaking Codes program, we chatted with Garnett about her artistic process, her interests and motivations in filmmaking, and what’s next on the horizon after her feature debut in 2019.

A lot of your work has a strong foundation in documentary. What drew you to documentary filmmaking in particular, and what inspired you to the other experimental and narrative elements that are utilized in your films?

I took a documentary film production class with Tony Cokes at Brown when I was an undergrad. One of the central tenets of the class was that documentaries were more a framing device for the subjectivity of the filmmaker rather than statements of objective truth. That blew my 20 year old mind. Now that we are all more media savvy than 20 years ago, this may not seem like such a radical idea, but I think I kind of took that notion and ran with it, playing with that idea through making films.

A primary focus in a lot of your films is identity, self and other. How does your own identity come to play in your work?

I’m interested in the power dynamics at play in a mediated relationship. It’s related to the answer above. I include myself in my films as a way of subverting the traditional hierarchy of director and subject. I think my films are about relationships, which the audience is watching unfold over the course of a film. I’ve been interested in underrepresented players in queer history, like Peter Berlin, or Catalina de Erauso, and used my own identity to talk about them. More recently my focus has shifted, so the queerness of my films comes out maybe more in my own onscreen presence and the mixture of disparate formal devices. I guess I’m always interested in creating relationships with people I wouldn’t normally get to talk to, and use making movies as an excuse to do that. The films then become documents of these relationships and the way I navigate them.

The installations are generally offshoots of the single channel films. I see them as ways of exploring elements related to the films that I couldn’t fit into the edit, and exploring them spatially, or creating new experiences around ideas present in the films. For example, Other & Father was first exhibited as a 2 channel installation, with archival footage projected on the wall opposite my own re-enactment of it. The viewer stands in the middle is an is asked to re-orient their body to decide which one they want to watch. It creates this historical echo chamber. Trouble does this to some extent, but the viewing experience is way different, way more passive.

You recently completed your first feature-length film, Trouble, in 2019. How has your short film work prepared you for this feature, and do you see yourself doing more feature-length work in the future?

In my shorter works I developed all of the strategies I used in Trouble. I basically threw everything I had at that film. I borrowed impersonation from Peter Berlin, the cycling through of various camera modes from Picaresques, explorations of masculine trauma from Full Burn, play acting with family and appropriation from Garbage, The City, and Death. I do see myself doing more feature work in the future, though I don’t want to start another one right away.

How would you like audiences to interact with and support your work as a filmmaker?

However they want! I want audiences to ask questions, to go home and look stuff up if there’s something they don’t understand. I want audiences to feel challenged but not alienated by my films. I try to stay as open as possible in my films while keeping myself interested. I don’t like making conventional narratives or conventional documentaries because I am easily bored by the process. So the challenge for me is to keep myself entertained and interested without alienating or overly confusing viewers. Hopefully they will feel as engaged as I do when I make them!

Mariah Garnett visits the Parkway on Friday, February 21 at 7:30pm.